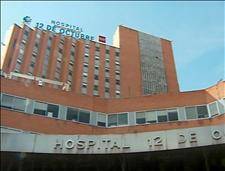 According to allegations made in a report in today's El País that have since been publicly refuted in a statement released by hospital bosses, the deaths of 18 out of 252 patients at the 12 de Octubre Hospital in Madrid infected by the Acinetobacter Baumannii bacteria since February 2006 were as a direct result. In total, the report claims, 101 of the 252 affected patients have since died, and, in the majority cases, the infection was found to have been a contributory factor.

The outbreak of the multi-drug resistant bacteria has taken twenty months to contain and has forced the demolition of the old intensive care unit, from where it had proven impossible to eradicate, and which has been completely re-built.

The bacteria enters the body through open wounds, catheters and breathing tubes and is especially deadly to those with lowered immune systems such as the wounded, the elderly, children and patients with immune deficiency diseases.

Transferrable by simple human contact, there is a high risk of the bacteria being spread by unaffected visitors or hospital staff to adjacent wards and other medical facilities.

Since 2003, there have been many reports of wounded US soldiers returning from Iraq with the infection having presumably been exposed to the bacteria in military field hospitals.

Strapped high-street chain Mango now back in profit after a...

ONCE-STRUGGLING Spanish clothing chain Mango has clawed itself back from the brink – from being €35 million in the red at the end of 2018, the company reported figures at the end of 2019 which showed it was €21m...

SPANISH design house Balenciaga put a new slant on the definition of 'wearables' this week – Apple accessories were literally 'worn' by models on the catwalk at Paris Fashion Week. One example is shown...