Zapatero presents plan to promote use of electric car

Zapatero presents plan to promote use of electric car 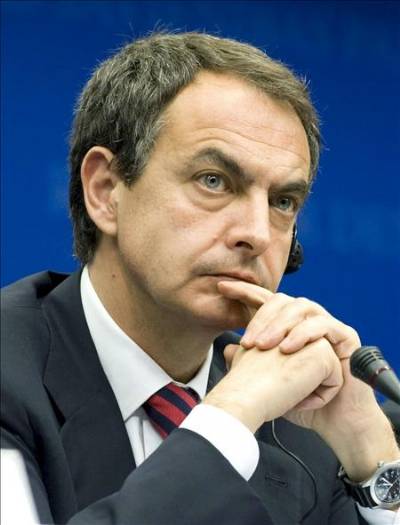 The president of the government, José Luis Rodríguez Zapatero, will today present to parliament his strategy for the introduction of the electric car in Spain, a project that will receive subsidies of some 590 million euros over the next two years.

The so-called Plan Estratégico Integral del Vehículo Eléctrico (literally, the Comprehensive Strategic Plan for the Electric Vehicle) has been laid down in a document, that details the various stages for the introduction of the electric car, with provision for 250,000 units  by 2014, including rechargeable hybrids.

The draft plan proposes a new electricity tariff, which would take advantage of the optimum hours for recharging and for a better functioning of the system.

The plan to boost demand and use of the electric car has been laid out in two separate programmes in this plan, one which gives priority to fleet cars, in particular those belonging to the civil service, and the other designed to promote the use of the electric car around town, similar to those already being piloted in Madrid, where free parking has been granted in certain areas.

Masks compulsory in all transport, but nowhere else as yet

HEALTH authorities in Spain are working on regulations for wearing masks in public to become compulsory, although at the moment, this only applies to transport. Later, it may become mandatory for going shopping, out...

VANS with only front seats are allowed to carry one passenger as well as the driver, as long as they sit at opposite ends, Guardia Civil officers have confirmed today. Speaking on behalf of the General Directorate of...

Taxi drivers turn down six-figure grant: “Give it to the...

MADRID taxi drivers were offered a total of €132,000 to help with fuel costs and the expense of cleaning their cars at a time when their only permitted trade is transporting healthcare workers to and from their...

RENFE to build 'AVE' between Houston and Dallas...

SPAIN'S State-run rail board RENFE has won a €5.6-billion contract to build an 'AVE' express line between Houston and Dallas in Texas, USA. The train will cover 386 kilometres in just 90 minutes – the...

IT WAS practically inevitable and would not have taken a genius in marketing to come up with the idea, but now it's started, it's bound to continue in every other field: Spain's top football teams have...

No quarantine for foreign arrivals from July 1

CONCERNS about foreign visitors being quarantined for a fortnight upon arrival in Spain voiced in the British press have proven unfounded – when Spanish borders reopen for international tourism, this requirement will...

IF YOU DON'T have access to a car or bike, getting to work could mean facing pavement crowds or packed public transport every day, with all the risks that these entail during a pandemic – and, conscious of this,...

IT'S A taste of what could come in the near future and one which is hoped will quickly spread to all 19 of Spain's autonomously-governed territories – but one of these has become the first in the country to...

HOLIDAY booking websites have reported their servers almost crashing as the rest of the world flocks online to grab themselves a trip to Spain. President Pedro Sánchez's announcement that it will now be safe to...

'Phase 2', other relaxed restrictions and 'mask...

MONDAY'S new 'Phase 2' areas will see quite a difference in their way of life – especially those with fewer than 10,000 inhabitants. Firstly, and probably most importantly for Spain's more touristy...

'Phase 2' agreed for most of Spain: New freedom...

MORE 'unlocking' is on the cards for most of Spain from this coming Monday (May 25), with all of the country set to be on either 'Phase 1' or 'Phase 2'. Until then, around two-thirds of Castilla...

Foreign holidaymakers to return by July, 'all being...

INTERNATIONAL tourism could be back on track by early July – in fact, deputy president and environment minister Teresa Ribera believes this to be almost a certainty. Of course, precautions will apply, and the process...

'Phase change' requests: What each region wants and...

SEVERAL regions in Spain have applied to move forward to the next stage of 'recovery', at least in part, with the majority seeking to shift to 'Phase 2', allowing bars and restaurants to open their...

SPAIN'S top trending artist Rosalía has made another giant leap towards international stardom: She now graces the cover of the USA version of for its summer edition. The singer, 26, from San Esteban de Sasroviras...

TRAVELLING between provinces is not yet allowed during Spain's 'unlocking', which is most inconvenient for those living close to a border – they can legally visit someone nearly 200 kilometres away, but...