Rail board slammed over ‘report beggars and buskers’ app

Rail board slammed over ‘report beggars and buskers’ app 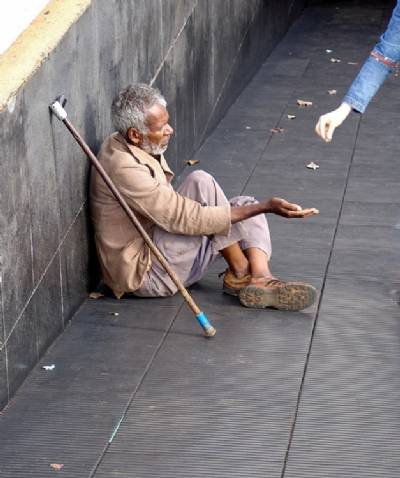 AT least 7,000 people have signed a petition against the Catalán rail board’s campaign to encourage passengers to report beggars on the trains.

The regional government-owned railboard, the FGC, has set up a mobile phone application to advise of train times, but this also includes a section whereby the user can report beggars and buskers to the authorities.

Busking and begging is defined as ‘anti-social behaviour’ by the FGC.

Student Miquel Rubio, of Catalunya Open University (UOC) has spearheaded a movement which is pushing for the regional government to withdraw the application.

Rubio calls it ‘a direct attack on society in general’ and ‘in particular against the underprivileged’, and considers it particularly insensitive at a time when unemployment is rife and no new jobs are being created.

For every signature added to the petition, an email is sent to the public relations department of FGC.

“It is shameful and a great pity that a public institution such as the rail board of Catalunya would conduct such attacks on the dignity and integrity of people in general,” the petition text states.

Masks compulsory in all transport, but nowhere else as yet

HEALTH authorities in Spain are working on regulations for wearing masks in public to become compulsory, although at the moment, this only applies to transport. Later, it may become mandatory for going shopping, out...

VANS with only front seats are allowed to carry one passenger as well as the driver, as long as they sit at opposite ends, Guardia Civil officers have confirmed today. Speaking on behalf of the General Directorate of...

Taxi drivers turn down six-figure grant: “Give it to the...

MADRID taxi drivers were offered a total of €132,000 to help with fuel costs and the expense of cleaning their cars at a time when their only permitted trade is transporting healthcare workers to and from their...

RENFE to build 'AVE' between Houston and Dallas...

SPAIN'S State-run rail board RENFE has won a €5.6-billion contract to build an 'AVE' express line between Houston and Dallas in Texas, USA. The train will cover 386 kilometres in just 90 minutes – the...