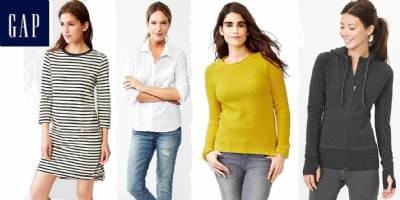 MÁLAGA-COSTA del Sol airport is set to house the first-ever Gap store in Spain now that the US-based casual clothing chain has decided to branch out into southern Europe.

Due to open in Terminal 3 on Tuesday at 10.30hrs, the Gap shop plans to open more and more branches throughout Spain over the coming year with the help of national department chain El Corte Inglés.

But business from Spain is slow since, with no stores to date in the country, few Spaniards have heard of it.

Worldwide, Gap's sales went up by 4% over November and December and it is the third-largest textile group on the planet behind Swedish budget high-street name H&M, and the Spanish Inditex empire which covers the cut-price Bershka, Stradivarius, Pull&Bear and Zara stores, the mid-range Massimo Dutti and Uterqüe, underwear brand Oysho and mid-upper high street interiors label Zara Home.

Only H&M and Inditex beat Gap in terms of numbers of stores, with the US company having just over 3,500 shops in the world and more on the cards.