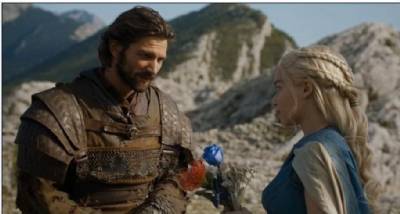 OVER 1,200 extras have been picked out during auditions for the sixth season of Game of Thrones, due to be shot in Peñíscola (Castellón province)

About 2,000 people, mostly residents in the town and nearby, joined the queue, but Málaga-based producer Modexpor had very specific requirements: extras, male and female, had to be 'typically Mediterranean-looking'.

Auditions took six hours, including a break for lunch, as the crew scrutinised candidates for 600 female and 600 male parts.

But they chose a few more in the end as a contingency.

Successful candidates will be called back in September for costume-fittings.

Some scenes will be shot in Girona, and auditions are due to be held there for extras.

Producers have also recently confirmed Almería will be another location for filming, and will release details of extras auditions shortly.

Game of Thrones series five was shot on location in Sevilla, and provided a cash injection running into millions as well as hundreds of temporary jobs.

Venues for filming are likely to become the subject of themed guided tours in the future so fans can see where different scenes were shot.

The series is said to be based upon the War of the Roses, but inspiration for the setting, society, and names of characters were taken from different European languages and various salient points in the continent's history spanning over 1,000 years, meaning it appears to be heavily centred on Mediaeval Europe.