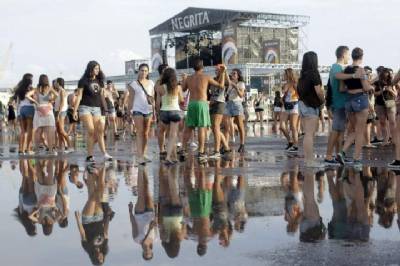 A LONG list of international and Spanish artists have confirmed their presence at next year's Arenal Sound music festival, for which tickets are fast running out.

They are on sale for €35 until the end of today or until the last one is sold.

The massive four-day open-air event in Burriana (Castellón province) falls on August 4 to 7 this coming year, and features the likes of one of the most successful Spanish indie groups on the circuit, the Madrid-based Izal, and Dublin band All Tvvins.

Darkest Ocean, the FIFA 2016 soundtrack is one of All Tvvins' recent hits, and Izal will play tunes from its most recent album, Copacabana.

The latter has recently enjoyed huge success in Canada with its last two singles, Frail and Deicide.

Tickets for the Arenal Sound Festival 2016 can be bought from the websites Arenalsound.com and Ticketea.com.