Jorge Lorenzo 'may' return to MotoGP, but 'only if there's a chance of winning'

Jorge Lorenzo 'may' return to MotoGP, but 'only if there's a chance of winning' 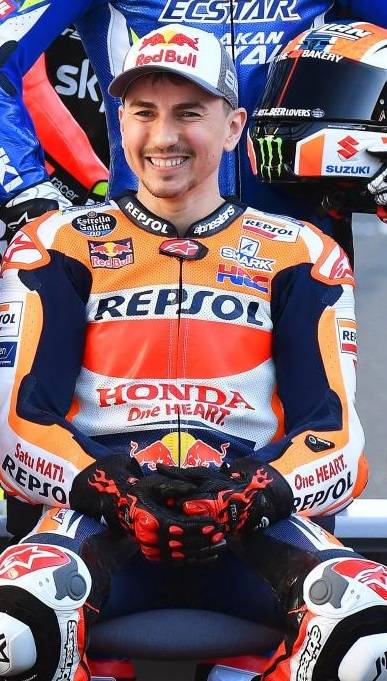 RECENTLY-RETIRED MotoGP triple champion Jorge Lorenzo has hinted he may be back on the circuit – but only if he gets head-hunted by one of the top two teams.

Mallorca-born Lorenzo, 33, whose dad Chicho built him his first 'motorbike' when he was three and who was only 15 when his career kicked off, announced his intention to hang up his leathers in a press conference four days before the last Grand Prix of the 2019 season, at the Ricardo Tormo Circuit in Cheste, near Valencia.

Fans were shocked, as he is still plenty young enough to be a force to be reckoned with and had been one of the most successful riders in recent times – taking the world championship title in 2010, 2012 and 2015, the latter being the only time since 2013 that he, or indeed anyone, has managed to wrench it off Lleida prodigy Marc Márquez – after a promising start to his motorsport journey with championship wins in 250cc in 2006 and 2007.

In fact, other than his début MotoGP year, 2008, when he finished fourth in the standings, he was never been out of the top three by the end of every season up to and including 2016, and carried off the reserve championship title in 2009, 2011 and 2013.

But the last three seasons of his career were disappointing, to say the least: A shift from Team Yamaha in 2017 to Ducati ended with his coming seventh overall for the year, then ninth in 2018, and was only ranked 14th when he announced his retirement; a poor run at Cheste when he finished 13th in the race dropped him down to 19th in the championship standings, with only 28 points for the entire season.

During his Ducati years, his annual points totals of 137 and 134 had left him disillusioned, given that since his second year at Grand Prix level he had never dropped below 233, and had ended on 383 in his best season when he took his first MotoGP world title, in 2010.

And now, he is talking of a possible return – but only if he has a fighting chance of netting the championship.

Lorenzo says he 'feels capable' of doing so, but needs the right tools for the job.

“I miss the feeling of winning,” he admits.

“If the opportunity arises to win the world title, or I get a call, I'll at least listen to the offer and consider it. Because for me, it's the possibility of winning that motivates me.”

Along with fellow Spaniard Dani Pedrosa – one of the 21st century's 'Big Three' on Spain's MotoGP circuit, and who retired after the 2018 season – Lorenzo switched the passionate, cut-throat intensity of the race for a more pedestrian life as a test-rider; Pedrosa with KTM, and Lorenzo with Yamaha.

“At the moment, I haven't as yet had any offers that could be of interest in terms of championship potential – there could only be two real options: Yamaha, which more or less already has the riders it needs, or Ducati.

“But if this doesn't happen, I'll still be happy with my life – another kind of life. And I'd like to carry on working with Yamaha and doing the job that the Covid-19 stopped us all doing.”

“You can handle the pressure of the race when you've been a champion – like Dani or Valentino [Rossi, Italian veteran and seven-times world title-holder] – we like competing, and fighting to show we're the best.

“But when you're suffering daily – when you have injuries, and when you're battling hard just to come 10th or 15th at best – then it's not worth carrying on in the field. Especially when you've already been world champion.”

THE latest announcement for this year's Princess of Asturias Awards has been released – and many say it is long overdue. Carlos Sainz Senior, whose Formula 1 driver son, also called , will receive the 2020 prize...