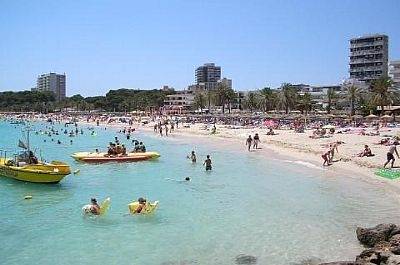 A BRITISH man on holiday in Magalluf crashed a stolen yacht when he was drunk, Guardia Civil officers reveal.

The accused, 20, was in an inebriated state when he reportedly took the craft, which was moored 100 metres from Son Matías beach in Calvià (Mallorca).

After sailing out just a short distance from the shore, the youth collided with some rocks, causing extensive damage to the craft.

Police say this was in the early hours of Wednesday morning and that the owner was 'having his evening meal' at the time, but reports have not clarified whether the boat's proprietor was in fact on board the craft at the time.

PROPERTY tycoon Juan Carlos Quer has thanked his daughter posthumously on Twitter for her 'legacy' after her rapist and killer, José Enrique Abuín Gey, was sentenced today to permanent reviewable prison. Juan...

Elche woman kidnapped by Peruvian cult 'gets on with...

A YOUNG woman from Elche lured into a dangerous cult in Perú has said she can 'now get on with her life' after hearing her captor has been jailed for 20 years. Patricia Aguilar Poveda has heard from authorities...

AN EIGHT-YEAR-OLD boy's killer could become the first woman in Spain to be sentenced to permanent prison subject to review now that she has been found guilty of the murder in February 2018. Ana Julia Quezada, 45,...

Man tries to steal Ale-Hop cow, but herded off by security

THE ANSWER to the burning question, “has anyone ever tried to steal the Ale-Hop cow?” is now officially 'yes' – a man was arrested in a Palma de Mallorca shopping centre after being chased by security...