ELEVEN Spaniards feature in Forbes magazine's list of the 30 most influential Europeans aged under 30, and include sports personalities, artists, designers and business entrepreneurs.

Mentioned in the art and culture category of the 30 Under 30 list are Lorenzo Arán and Clara Campo, both aged 29, who founded the Amarist design studio in Barcelona in 2014 and have done well enough to be able to donate US$7,000 (about €5,738) to the United Nations' High Council for Refugees (UNHCR) in July.

Their funky furniture and household decorative elements, based upon modern art, wooden cubes and nature-inspired have been exhibited in New York, and 100% of the proceeds of sale of their 24-carat-gold plated jewellery items – made from chunks of wire fencing aimed at keeping refugees out of eastern European countries – went to the UNHCR.

In the 'training' category, badminton superstar Carolina Marín, 24 (first picture) is mentioned for being the first-ever non-Asian player to earn any championship title in the women's category.

She netted her third European Championship trophy on the trot in 2017 and an Olympic gold in 2016, among other major successes.

'Training and celebrities' entry is Ricky Rubio, 27 (pictured), an NBA basketball ace who plays for Utah Jazz and took the team silver in the Peking 2008 Olympics and two golds in the EuroBasket tournament, making him the only European to win medals in the two largest events on the planet before the age of 21. 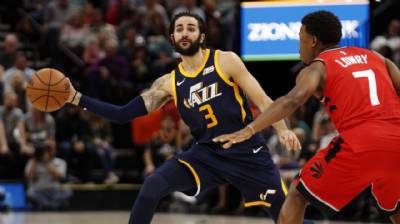 In 'law and politics', Eduardo Gómez Casado, 29, handles anti-monopoly cases for the European Commission, ensuring the business playing field on the continent is level and fair, protecting consumers from the high prices that would automatically come with services only available from one or two providers, and ensuring EU treaties on competition are complied with in every member State.

Álex Huertas, 25 and Héctor Rey, 24, with just €6,000 in their back pockets, set up the online firm Northweek Sunglasses, which allows customers to tailor their specs completely.

Now retailed worldwide, Northweek Sunglasses was bought out in 2016 by the corporate giant Play Hawkers, which reported net profits of over US$10 million (nearly €8.2m) in 2017, and whose acquisition of the firm made its young founders very wealthy indeed.

Álex and Héctor join Yesika Aguilera Robles, 28, in the 'industry' category – the co-founder, along with Carita Seppa, of the mobile energy firm Tespack, whose corporate partners include Vodafone and TomTom. 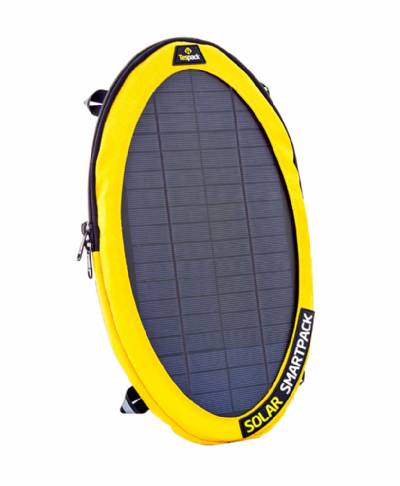 Tespack (pictured left) produces solar-panel backpacks which can charge batteries in mobile phones and other portable technology whilst their owners are walking down the street – a move that has earnt its creators more than US$2.6m (€2.13m) to date.

For the 'big money and retail' section, Jaime Farres and Marc Soler, both 26, are included for having set up the first Social eCommerce firm specialising in fashion, 21Buttons, in 2015.

The company allows customers to buy clothing and accessories from photographs shared on social media, and in less than three years, has expanded enough that it has been able to take on 30 employees and, in February 2017, reported an annual turnover of €3m.

Finally, in the 'finance' category, 29-year-old Andrew Wong is co-director of Fundie Ventures, which helps social-impact companies to set up by seeking funding, winning them contracts from blue-chip clients, and building financial and business models.