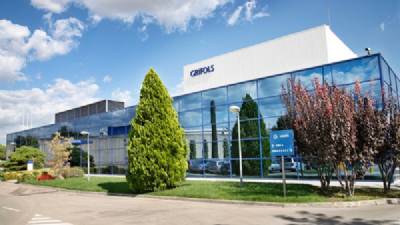 Shares in pharmaceutical multinational Grifols skyrocketed on the Spanish stock exchange on Monday after the company announced the results of a clinical trial of a plasma replacement product that had succeeded in slowing the progress of cognitive decline in people with Alzheimer's.

Presenting the results at a conference in Barcelona, the company, a global producer of blood plasma derivatives, said trials of the product had shown a 61% deceleration in the progress of Alzheimer's in patients with moderate symptoms, offering the possibility of a new treatment channel for the neurodegenerative disease.

Ambar (Alzheimer Management By Albumin Replacement) was tested on 496 patients and combines the periodic extraction of plasma and its replacement with an albumen solution, a plasma protein.

The treatment is founded on the hypothesis that most amyloid beta, the main component of the amyloid plaques found in the brains of Alzheimer patients, circulates in plasma attached to the albumen. The extraction of this plasma could displace the amyloid beta from the brain to the plasma, limiting the impact of the illness on the cognitive function of the patient.

Grifols president, Víctor Grifols, maintained that these results "open up new opportunities for treating Alzheimer's" and stresed that his company would "continue to explore the potential of plasma proteins and plasma replacement therapy in the future".

Spanish-owned Grifols is the leading European and largest worldwide producer of blood plasma-based products. Its origin lies in the laboratory founded in 1940 in Barcelona by Dr José A. Grifols Roig, a hematologist and scientist. His son, Dr José A. Grífols Lucas was the first researcher to publish the plasmapheresis procedure in 1952. The company introduced its liquid IVIG product into the European market in the mid-1990s. In 2015, the company acquired a 45% stake in Alkahest as part of planned co-development of "plasma-based products for the treatment of cognitive decline in aging and disorders of the central nervous system, including Alzheimer's."