First private-sector rail service deal on the table: RENFE to face competition from 2020

First private-sector rail service deal on the table: RENFE to face competition from 2020 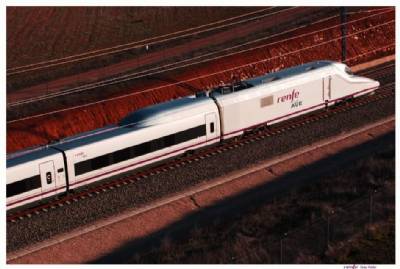 THE first-ever private-sector rail company in competition with State-run RENFE could be on track by next year.

Acciona, a transport infrastructure and renewable energy firm in the IBEX 35 – the top 35 largest companies by share capital in Spain – which is a market leader in 'green' power and owns the mainland-Balearic ferry firm Trasmediterránea, has struck a deal with Ilsa, an entity set up by the owners of Air Nostrum, the internal flight brand of Iberia.

Ilsa and Acciona together plan to launch a rail travel network which will be in direct competition with RENFE, which currently holds a monopoly.

From the year 2020, train services will be opened up to the private sector, meaning RENFE will have to work harder to provide competitive fares and superior service.

Rail travel becoming a business market rather than a State-provided service is partly the reason for RENFE staff's having staged strikes and protests over the past few years, since they fear their jobs could be at risk.

But for passengers, it could mean being able to choose between providers and ticket deals.

In accordance with standard procedures under Spanish commercial law, the National Markets and Competition Commission (CNMC) has been given a month to review the agreement between Ilsa and Acciona and decide whether or not it can give the green light to its intended operations.

Although Ilsa already has authorisation to run a private international rail connection between Madrid and Montpellier, southern France – given that cross-border services are not State-controlled – it has been unable to do so because of problems in trying to rent trains from RENFE.

This private rail link would include stops in Zaragoza (Aragón) and Barcelona, meaning it would be in direct competition with the RENFE high-speed AVE line and also with the so-called Madrid-Barcelona 'air-bridge', the national route with the highest demand.

The AVE, which is limited in distribution nationwide, still manages to transport around 22 million passengers a year and continues to break its own records annually.

Lines currently under construction link Madrid with the north-western region of Galicia and the western territory of Extremadura, and in the last 10 years, an AVE line was opened to Valencia city.

A METRO station in Madrid may change its name to encourage residents and visitors to wash their hands, if a petition on Change.org launched by KFC restaurants bears fruit. The tube stop in the suburb of Lavapiés, and...

How to tell if motorway service stations will be in the...

A LEADING car sales site has revealed a handy trick to help drivers tell whether a service station is alongside the motorway they are on, or whether it involves turning off into a town or village at a distance. Long...

Grants for new car-buying to save the planet and the motor...

AN AMBITIOUS government plan to boost Spain's car industry will involve a cash injection of €3.75 billion to allow individuals and companies to upgrade their vehicles where these are over a given age. Additional...