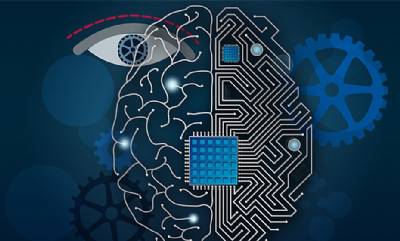 THE FIRST-EVER degree in Artificial Intelligence in Spain will be offered from next September at the University of the Basque Country (UPV/EHU) on its San Sebastián campus.

It will comprise 240 ECT (European Credit Transfer) points – the equivalent of four years of a UK undergraduate degree, since Spanish degrees run for four years and master's degrees for one, rather than three and two as in Great Britain.

Only 40 places will be available, meaning it is very likely to be oversubscribed.

The UPV/EHU board of governors approved the specification at the end of last week, and says the curriculum will cover robotics, optimisation and expert systems, among other areas.

Students will also have the chance to take modules taught entirely in English and 'take part in a wide programme of offers of international mobility', meaning they will be able to opt for placements abroad as part of their studies.

According to the university, Artificial Intelligence is 'the revolution that could have the greatest impact on society', since it 'will completely change the public's habits and beliefs'.

The degree course taught at the Faculty of Information Technology in San Sebastián will 'have a direct application on Intelligent specialisation which will permit progress towards an economy based upon knowledge'.

Offering the course will 'place the UPV/EHU at the cutting edge of research', according to dean Nekane Balluerka, and will turn out 'highly-qualified people with a high level of employability'.

Sixth-form students can start to apply for the course from the summer of 2020.

A SPANISH photographer has managed to capture clear footage of the Neowise comet – against a background of a sky 'peppered' with Starlink satellites. Thursday night was our last chance to see the comet for...

A MASK measuring air quality, the wearer's heartbeat and breathing, self-disinfecting and with a transparent screen so the face can still be seen has been created by a Spanish designer. The 'Cliu' is safe,...

Spain's most expensive house on sale for €32m

IF YOU happen to have a spare €32 million floating around in your wallet, you could become the owner of Spain's most expensive house currently on the market – a 10-bedroom ultra-modern villa on the exclusive...

Carry your umbrella in your right hand during electric...

AMBULANCE shift-leader Ester Armela, based in Madrid, has revealed why the hand you hold your umbrella in if you are caught out in a storm with forked lightning could save your life. “Carry it in your right hand,”...

THIS year's TripAdvisor Travellers' Choice Awards are in – and Spain features on almost every list. Users of the tourism planning platform vote annually in various categories on cities, attractions, beaches,...

SPANISH celebrity chef José Andrés has travelled to Beirut to hand out food parcels following the devastating explosion which has left at least 150 dead and 5,000 injured. Andrés, originally from Asturias, has lived...