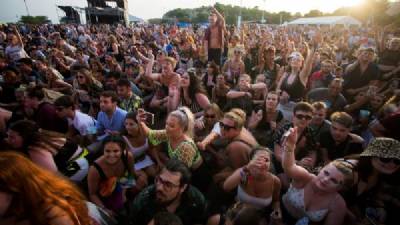 PROMOTERS of the huge Arenal Sound Festival in Burriana (Castellón province) have bought the rights to its famous neighbour, the Benicàssim International Festival (FIB) and pledged to turn it into an 'internationally-recognised brand'.

Arguably, the FIB already is internationally-recognised – it is often referred to outside of Spain as 'Glastonbury without the mud', and the last few editions of the festival – since 2013 - have been organised by the director of its UK counterpart, Melvin Benn.

The Music Republic says it wants to keep the 'essence' of Benicàssim Festival, but to 'improve the quality of every detail' overall and keep attracting top global acts for its stages.

Brothers David and Toño Sánchez, who own The Music Republic, attended the festival this year – which was between Friday and Monday (July 18 to 22) – and chatted to representatives in the VIP zone as well as joining in with the audience at several of the concerts, taking photographs and making videos.

Melvin Benn was only seen briefly in the VIP zone on Saturday morning, was described as wearing 'a serious expression' and did not take part in the traditional Sunday press conference, which – for the first year ever – was not held.

This led to rumours circulating among the dozen or so reporters on site who were covering the festival that changes were afoot.

News of The Music Republic's possibly buying up the FIB began to pass along the grapevine within hours of the event's concluding for the year.

The Music Republic has over 10 years' experience in managing events of every size, including national and international tours for artists at every level, and some of the biggest music festivals in Spain – Viña Rock, Granada Sound, Interestelar Sevilla, Madrid Salvaje, and the Festival de les Arts.

Benicàssim International Festival has been a major fixture of summer on Spain's east coast since its launch in 1995, and this year's was the 25th edition, although its quarter-century anniversary will be in July 2020.