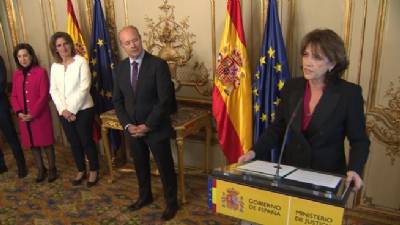 SPAIN'S first-ever coalition government starts work tomorrow (Tuesday) in earnest and, for the first time, has more women than men on board.

In total, 11 ministers are female and 11 are men in one of the largest, in terms of people numbers, cabinets in democratic history.

Former justice minister and prosecutor specialising in extremist terrorism Dolores Delgado (first picture) has been dubbed 'minister 23', as she has been picked to head up the State prosecution service – a decision which has led to backlash from the right-wing opposition as they consider it a conflict of interest and believe independent national powers should be kept separate from political colours.

Delgado has deleted her Twitter account and assures that her lengthy experience in the field will make her completely unbiased, as would be expected of a professional in her rôle. 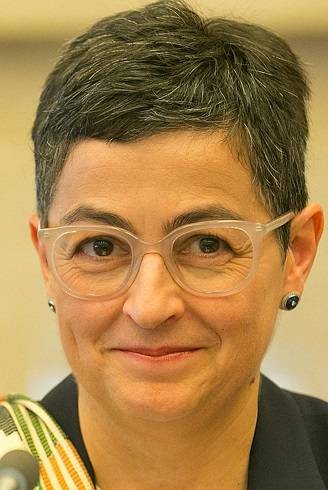 New ones confirmed today include foreign affairs, European Union and cooperation, led by Arancha González Laya (second picture), 50, from Tolosa in the Basque Country, an expert in international trade with extensive experience within the WTO, the UN and the EU, whose new challenges will involve dealing with the Bolivia crisis and Brexit; justice, led by Juan Carlos Campo, 58, from Osuna, Sevilla province, a criminal court judge; Margarita Robles, 63, from León, a judge by profession who will continue with her previous rôle as minister of defence; and Yolanda Díaz (third picture), 48, from Fene, A Coruña province, a solicitor expert in employment law, who will head up the ministry of work and focus on scrapping part of the largely-unpopular 2012 labour reform and negotiate with companies and unions, with one of her first jobs being that of increasing the minimum wage.

Social Security (national insurance) has now been separated from the ministry of work for the first time due to the urgency of addressing major issues affecting pensions and employment separately, which require ministers to focus entirely on each, and migration and inclusion has been added to Social Security, which is now headed up by José Luis Escrivá, 59, an economist from Albacete.

Territorial policy is also a new ministry and will focus, at least at first, on updating financing for Spain's 17 autonomously-governed regions, several of which are sorely underfunded despite bearing the bulk of the country's tourism industry, which requires considerable extra investment and spending – Carolina Darias (fourth picture), 54, a civil servant from Las Palmas de Gran Canaria and former regional president for the Canary Islands will be in charge. 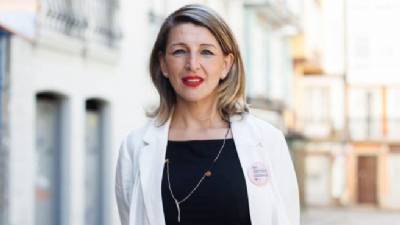 José Manuel Rodríguez, 51, a professional juror from Valencia will take over culture and sports, whilst Salvador Illa, 53, a philosopher from La Roca del Vallès (Barcelona province), will take over as minister of health.

Illa's first challenges will involve addressing the universal and timeless issues of short-staffing and waiting lists, as well as progressively eliminating prescription charges for pensioners and those on a low income, including dentist services within the State health system, and tackling the delicate subject of legalising euthanasia.

One of the youngest ministers is Alberto Garzón, leader of United Left – which joined Podemos in coalition at the last four elections – the 34-year-old economist from Logroño, La Rioja will be the first minister for consumer affairs since the Civil War and will focus initially on consumer protection and on toughening up gambling laws.

The youngest of all is Pablo Iglesias' wife Irene Montero, 31, a psychologist, who will head up the ministry for equality and initially work on a reform of sex offences in the national Criminal Code and on eradicating the gender pay gap. 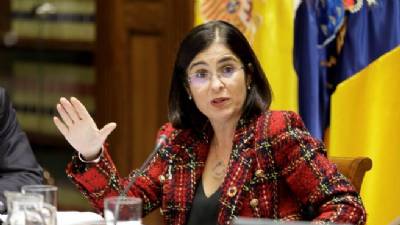 Pedro Duque, 56, from Madrid, an astronaut and aerospace engineer who became every child's hero when he travelled to space in 1998 and again in 2003, no longer has to deal with 'universities' along with 'science' – this has become a ministry in its own right, although both departments will be working closely together.

Its new leader, sociologist Manuel Castells (fifth picture) from Hellín (Albacete province), is the oldest of all Sánchez's ministers at 77, but his research into social issues is among the most-cited on earth and he is one of the best-known international researchers in his field.

The new government is one of the most diverse in terms of age in recent history – the second-eldest after Castells is Isabel Celaá, a high school teacher from Bilbao, who is now 70, followed by Luis Planas, a work inspector from Valencia with extensive EU experience, who is 67.

At the other end are Irene Montero and Alberto Garzón in their early 30s, and a handful in their 40s, including Reyes Maroto, 46, an economist from Medina del Campo (Valladolid province), whose recent ministerial challenges have included dealing with the Thomas Cook collapse. 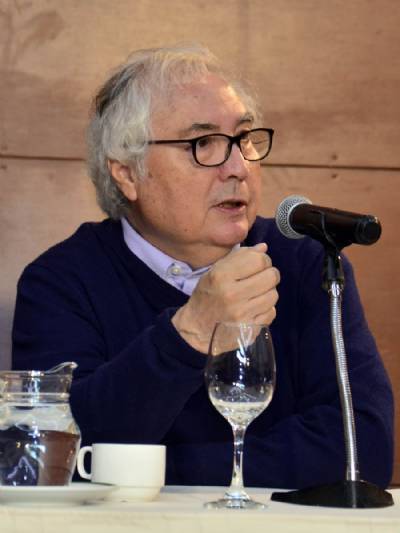 In the middle are María Jesús Montero, 53, a medical doctor from Sevilla; Grande-Marlaska, 57, a former National Criminal Court head judge from Bilbao, and José Luis Ábalos, 60, a teacher from Valencia.

Their geographical spread is also wide and varied, to ensure regional governments and residents in all parts of Spain feel represented as their interests will be well-known by at least one cabinet minister.

The only regions with no minister in office are Aragón, Asturias, Cantabria, Navarra, Murcia, Extremadura and the Balearic Islands.

Their average age is 55.8, compared with 57.9 the previous year, and the balance of women to men – if Dolores Delgado is counted as 'minister 23' – tips more towards the female, with 12 to 11, as opposed to seven women to 11 men last year.

Five ministers are MPs from Unidas Podemos, the coalition between United Left and Podemos – Irene Montero, Alberto Garzón, Yolanda Díaz, Manuel Castells, and its leader Pablo Iglesias, whose deputy president rôle sees him at the helm of social rights and Agenda 2030, tackling poverty, inequality, and new rights the government wants to create, including the euthanasia law and 100% recognition for non-traditional family structures.

No outright majority for Sánchez in round one; second vote...

PEDRO Sánchez fell at the first round of his presidential investiture ceremony yesterday (Sunday, January 5), with 10 votes short of a majority – but the number of 'yes' votes was higher, meaning the same...

SPAIN is a step closer to getting a fixed – and elected – government now that Pedro Sánchez has reached a deal with the Catalunya Left Republicans (ERC). The socialist (PSOE) leader already has the backing of left...

SPAIN'S Parliament had everything ready for a possible government-forming session to take place on Monday (December 30), but latest information from the State law service shows that it is unlikely socialist leader...

ONCE again, the King's Christmas Eve speech made strong references to the Spanish Constitution, although this time the monarch expressly referred to Catalunya on one occasion – something he has carefully avoided...

Malú and Albert Rivera snapped by ¡Hola! after confirming...

THE FIRST 'official' photographs of Ciudadanos' ex-leader Albert Rivera and his girlfriend, pop legend and judge Malú, have been published since they leaked the news that they are about to have their first...

This morning, in Madrid's Plaza de Colón, the Presidents of the Congress of Deputies and the Senate, Meritxell Batet and Pilar Llop respectively, presided over the traditional raising of the Spanish flag to mark...

POSTAL votes from overseas have now been counted, changing the election results from Sunday – the right-wing PP has gained another seat, giving it 89, and the Basque National Party (PNV) has lost one, dropping to six....