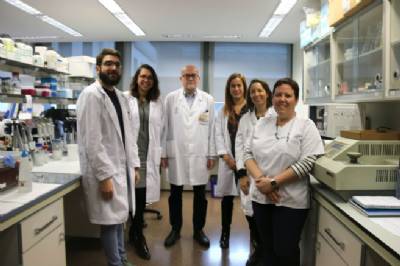 SPANISH scientists have discovered a genetic material that prevents skin cancer cells from spreading and metastasising.

Although early-stage skin cancer is normally easily curable, this factor has, to a certain extent, reduced the sense of terror this type of tumour creates and is leading the public to be more complacent about taking precautions – but malignant melanoma which spreads is often fatal.

Researchers from Valencia University, Valencia's Hospital Clínico and the latter's health investigation centre INCLIVA joined scientists from New York's Langone Medical Center in the study which has been published in the prestigious magazine Cancer Cell.

The investigation focuses on circular RNA (Ribonucleic acid) – a macromolecule which, along with DNA (deoxyribonucleic acid), lipids, proteins and carbohydrates, are essential for all known life forms.

RNA is normally a linear molecule, but some of these become circular in shape and, instead of producing proteins in the same way as linear RNA, the circular version forms part of complex regulatory systems of which the functions are still not entirely clear.

Laboratory staff carried out research with cultivated cells, animal models (mice), and samples of human melanoma, and found that the loss of circular RNA – known as CDR1as – is what leads to tissue invasion and metastasis in this type of skin cancer.

A noticeable relationship between low levels of CDR1as activity and limited patient survival was found.

Melanoma is the most aggressive type of skin cancer and its rapid spread to other organs and tissues is what usually causes death.

CDR1as activity is able to predict the likely behaviour of cancer cells and the patient's prognosis.

This is the first study to show that circular RNA can act as a brake on metastasis.

Researchers say it stops a known pro-cancer protein known as IGF2BP3 from developing.

Identifying the genetic makeup in individual patients' cancer type is critical in stopping it spreading and, if the condition is at an advanced stage, the availability of tumour markers to help predict the person's response to treatment can bring a huge advantage when ascertaining the best drugs and combination to use and personalising therapy.

This means the number of CDR1as present is valuable data when tailoring treatment to the individual patient.

The team (first picture, taken by Valencia University) believes it may be able to extrapolate its findings to other types of cancer.

This research was led by Dr Eva Hernando, who spent some time in New York to work on the project thanks to a grant from the Valencia regional government.

She worked with Dr Carlos Monteagudo, section head of pathology and anatomy at Hospital Clínico and faculty leader at Valencia University.

Both belong to the INCLIVA institute.

Funds were also provided by the Carlos III Health Institute, in Madrid, the ministry of science and innovation, led by astronaut-turned-government official Pedro Duque, and the Valencia regional education authority.

Whilst this research was under way, the biggest study into the genetic makeup of cancerous tumours has also been taking place since 2010 and is expected to turn the tide in terms of personalising drug treatment.

They were among a team of over 1,000 researchers from four continents who analysed the complete genome of 38 different types of tumour in over 2,600 patients, creating the most detailed genetic profile to date. 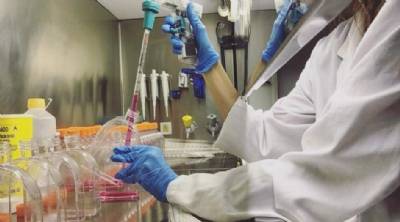 In the last 20 years or so, the science community has started to realise cancer is 'essentially a disease of the genome', according to the team, and caused by a 'gradual accumulation of cell mutations'.

Identifying these could be key to actually preventing cancer years or even decades before it would have been diagnosed.

Genetic abnormalities are the origin of subtypes of cancer developing, and although biopsies are the most common diagnostic method – extracting a sample of the tumour tissue for analysis – all this does, in effect, is provide a snapshot of changes in the body occurring at a specific time and in a given place.

A biopsy takes just a very small part of the tumour, whereas the genetic makeup of the rest of it could be very different from that of the sample.

The entire genome, or genetic composition, of the whole tumour needs to be examined in order to work out exactly what 'ingredients' and mutations need to be targeted and provide drugs that will do so specifically.

One of the key researchers, Dr Lincoln Stein of the Ontario Cancer Research Institute in Canada, says: “Building up a detailed profile of the genome of a cancer using only data from the exome [the part extracted during a biopsy] is like trying to do a 10,000-piece jigsaw puzzle when 99% of the pieces are missing and you don't have the box with the completed picture on it to guide you.”

During the study, which has been running for nearly a decade, scientists identified at least one gene responsible for causing cancer in 91% of the samples studied, although in another 5%, they have not been able to find clues as to what causes the mutations that led to the disease.

Only an average of four or five of the mutations analysed are relevant in developing cancer.

The Spanish researchers from Santiago de Compostela and Barcelona have been focusing on a mutation mechanism that had, until now, gone under the radar: retrotransposons, or regions of the DNA that explain the origin and progression of certain tumours and open the door to new methods of treatment, and even prevention.

Retrotransposons represent about 75% of genetic material, and have always been considered 'junk DNA', due to their repetitive presence and apparent absence of any useful function.

But when they activate within the genome of a tumour – something they do more frequently in healthy cells – they can cause 'enormous losses of genetic material' at the point of entry, Dr Rodríguez-Martín reveals.

Loss of genetic material explains the disappearance of genes which are crucial to maintaining cells and keeping them working properly; and when these cells cease to work properly and are not maintained, they are at risk of becoming cancerous.

The Santiago de Compostela team has been attempting to develop biological algorithms to study the behaviour of this so-called 'junk DNA' and find out why they are more active in cancerous cells than in healthy ones – because this is where drugs need to target.

So far, only 16 of the nearly 150 retrotransposons examined have proven to be of interest, since they are 'very active' and 'cause more than three-quarters of all mutations within tumours', Dr Rodríguez-Martín explains.

Treating cancer effectively and even preventing it by identifying cell changes before they become tumours is likely to be within researchers' reach, but 'a complete cure is a chimaera', says Dr Rodríguez-Martín.

WHAT would life really be like on Mars? We'll find out soon enough, given that Earth is planning on colonising the red planet within 10 years, but anyone who's genuinely curious and serious about it can discover...

Mobile World Congress called off due to exhibitors pulling...

MOBILE World Congress organisers have cancelled the huge annual trade fair in Barcelona after several major technology companies pulled out as a precaution in light of the Coronavirus outbreak. Although national and...

IN THE LARGEST-EVER genetic study into autism, researchers at Madrid's Gregorio Marañón Hospital have successfully identified 102 genes after analysing more than 700 patients. Some 35,000 individuals took part in...

SCIENTISTS from Spain are working with Texas State University on developing a Coronavirus vaccination using 'bio-digital models'. A team from the Farming and Food Technology and Research Institute's Animal...

WHAT would life really be like on Mars? We'll find out soon enough, given that Earth is planning on colonising the red planet within 10 years, but anyone who's genuinely curious and serious about it can discover...

Mobile World Congress called off due to exhibitors pulling...

MOBILE World Congress organisers have cancelled the huge annual trade fair in Barcelona after several major technology companies pulled out as a precaution in light of the Coronavirus outbreak. Although national and...

SPANISH scientists have discovered a genetic material that prevents skin cancer cells from spreading and metastasising. Although early-stage skin cancer is normally easily curable, this factor has, to a certain extent,...

IN THE LARGEST-EVER genetic study into autism, researchers at Madrid's Gregorio Marañón Hospital have successfully identified 102 genes after analysing more than 700 patients. Some 35,000 individuals took part in...

SCIENTISTS from Spain are working with Texas State University on developing a Coronavirus vaccination using 'bio-digital models'. A team from the Farming and Food Technology and Research Institute's Animal...

TWO men have made a sandwich with the planet as its filling after finding each other on Reddit – each buttered the bread and laid it at exactly the same time and at exact opposite ends of the earth. New Zealand-based...

How did the dinosaurs become extinct?

SCIENTISTS have come up with evidence of how at least 70% of the dinosaur population was wiped out in a study at Yale University, in which palaeontologist Dr Laia Alegret (pictured), took part. The researcher from the...

A MOSTLY-SPANISH satellite was due to go up into orbit yesterday (Wednesday) – the first in history destined for monitoring planets outside our Solar System. Engineers from Torrejón de Ardoz (Greater Madrid region)...

After many years of speculation and investigation, research scientists at the Bellvitge-IDIBELL Hospital and the University of Barcelona (UB) have finally demonstrated the involvement of glucose in the growth of tumour...

Was Spain the panda's last natural home in Europe?

Paleontologists studying fossils in Las Casiones (Teruel) have discovered the presence of the species , a relative of the giant panda found in China today. A study published back in 2012 concluded that the last European...

A BRITISH woman with a rare condition that means a simple turn of her head could be fatal is hoping to travel to Barcelona for pioneering surgery. Rachel Pighills, 33, and her husband Guy, 39 have been trying to raise...

A FREE national cyber-safety helpline number has been launched, which anyone who suffers a threat to their online security can ring. The three-digit number is also for reporting internet fraud, phishing, hack attacks or...