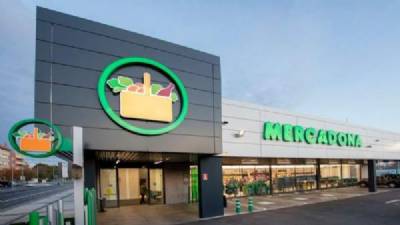 MERCADONA founder Juan Roig will donate his salary and dividends for this year to helping to prop up the economy so that workers, traders and the self-employed who were forced to take unpaid leave can get funding to help them back on their feet.

He has also put all full-time staff on a four-day week on full pay 'until the health crisis is over'.

Entry-level supermarket staff earn a minimum of €1,300 a month in their first year, rising to a take-home of nearly €1,500 by their third year, have every Sunday and bank holiday off – other than in exceptional circumstances, such as when the Valencia region's Fallas festival clashed with Easter and meant nearly six non-working days on the trot – and maternity and paternity leave is automatically extended on full pay by another 30 days.

Employees get a share of the profits every year, and some of the larger stores even have an in-house crèche so parents have the choice of being able to continue working up to full-time hours without having to pay for childcare.

Roig, who normally pays himself €9.7 million a year, will hand over this sum for a whole year to invest in the micro-economy, and in addition, will give up the €65m in dividends he earned from the whole of 2018 from his shares in the business.

Staff will now be working four days on, three days off for the foreseeable future, without any reduction to their pay – in fact, the opposite; since the start of lockdown, all employees have been given a 20% pay increase each month as a reward for their extra efforts.

Roig says that at any one time, two-thirds of the staff team will be on duty and the other third off.

To cope with the extra demand, Mercadona took on an additional 600 people at the beginning of the lockdown period, mostly in transport operations.

Over 90% of Mercadona employees are on permanent job contracts.

Also during the crisis, the firm has set aside €2.1 billion for its suppliers to ensure they do not suffer cashflow problems and can keep all their staff in jobs on full pay.

As at the close of 2019, the company – which Roig founded in the province of Valencia, starting from a small grocery shop – recorded a turnover of €25.5bn for the year.