State-funded 'minimum income' now payable: How much and who benefits

State-funded 'minimum income' now payable: How much and who benefits 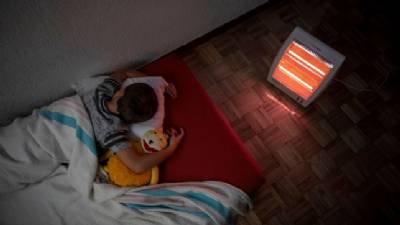 A MINIMUM income provided by the State to those on the lowest incomes has been agreed and will become payable from June 15, although backdated to June 1.

Around 2.3 million people in Spain – one in 20 residents, around 4.89% of the population or 850,000 households are expected to benefit and to be eligible.

Those who can apply must have been living in Spain for at least a year, and be aged between 23 and 65 or, if they have a dependent child or children, must be at least 18.

The over-65s fall into a different category since, even if they are not yet able to be State pensioners, are of State pension age, and are treated separately.

Applicants will be people described as 'vulnerable', or those whose total household income is below €10,070 per year, or €839.17 a month – a figure which would be both gross and net, since the minimum tax threshold for Spain is currently €12,000 per year.

Their assets – not including their main residence – cannot be worth more than €30,210, meaning a family or single person who had already paid off their mortgage or had inherited their home could still apply, but if they also owned a second property worth more than this figure, they would not be eligible.

A form should be filled in on the Social Security website, Seg-social.es – search for Ingreso Mínimo Vital (IMV) - or the required paperwork can be sent via email.

Monthly payments – 12 per year, rather than 14 as is the case with retirement, widowers', widows', sickness or orphans' pensions – start at €462 for a lone adult with no children, and rise to €1,015 for up to four adults and a child, three adults and two children, five or more adults, two adults and three or more children.

But one-parent families also get a €100-a-month top-up – a payment that will benefit 16% of the total number of households.

In Spain, as in the UK and much of the rest of the western world, 90% of single parents are women.

This means the monthly sum payable does not vary once the dependent children reach adulthood if they are still living at home.

Households of four or more adults, with or without dependent children, are likely to be those with grown-up children who have not been able to leave home yet as they cannot find a job with a wage paying them enough to live independently, or households where an elderly or disabled parent or sibling lives with the main occupants who are their carers.

Spain has never had a welfare system of the type seen in northern European countries – dole money is contributory and capped at two years – although a non-contributory unemployment benefit was introduced during the worst years of the financial crisis, totalling €450 per month and available to those whose existing entitlement had expired, renewable every six months.

Small payments, perhaps around €100 a month or enough to cover the electricity and water bill, are sometimes made by social services to households on practically no income, and other resources come entirely from charity or municipal food banks.

The dole system has always worked well in times of national economic health: For each four months of employment, a person 'stores up' a month's worth of jobseekers' allowance, to a maximum of two years, paid at 80% of his or her gross salary for the first six months and 60% thereafter.

It means workers made redundant did not have to rush out to find the first, and possibly totally unsuitable, job they could find in order to be able to put food on the table, but could spend time recovering from the shock and seeking the best possible employment match; however, it also meant that no unemployed person would ever 'work the system' by avoiding looking for a new job and 'living off the State', since once their dole entitlement ran out, they would have no income until they started building it back up again.

But this admirable system started to come apart at the seams during the financial crisis that started in early 2008 – two years was often not enough to find any job at all, let alone a suitable one, and the culture of temporary, seasonal work that followed in the recovery years meant rarely accumulating enough dole money to live between short-term jobs.

Now, with the pandemic, those who have been laid off – made temporarily redundant but with their jobs remaining open for when their company starts up trade again – are able to claim dole money whether or not they have accumulated any, and what they are paid will not affect any existing entitlement they have.

The self-employed and business-owners are in a more difficult situation: The long shut-down has meant many may not be able to reopen as the weeks they could not trade left them in financial hardship.

And many of these people are among those who – temporarily, at least – will fall within the definition of 'vulnerable', which is why Spain's government wanted to push through the minimum living income as quickly as possible to prevent a significant slice of the population sliding into poverty.

Although payments are available for self-employed persons and business-owners whose income has been lost – or at least 75% of it – during the lockdown, and 1.4 million of them are set to be paid in the coming days, the monthly figure is around €600, which still means extreme hardship until they can get back to work.

How Spain has responded to needs of low-income households

Pressure from left-wing opposition before the current socialist-led government came into power has meant, though, that electricity and water companies are banned by law from cutting off supply due to non-payment without considerable notice, offers of help, and contacting the social services.

Utility companies are required to provide means-tested discounts, known as a bono social.

Since the pandemic, banks have been ordered to offer 'payment holidays' to people with mortgages if their income has vanished or been drastically cut, and landlords have been strongly encouraged to do the same.

Also, Spain recently introduced a new EU-wide law that meant a main residence could not be repossessed unless the mortgage was 12 months or more in arrears, or more than 20% of the debt unpaid, whichever was the least of these.

Permanent redundancies are not allowed until after lockdown, and anyone temporarily laid off cannot be made redundant for at least six months after restarting.

Whilst economists have been citing gloomy figures for the national and international economy, the situation in 2020 is very different to a decade earlier when the financial crisis was in full 'swing': The State, and high-street banks, are now financially sound enough to be able to provide funds and support where it is needed, which is was unable to do when the global credit crunch hit.

Chairman of partly State-owned high-street entity Bankia, José Ignacio Goirigolzarri, said two months ago that whilst during the recession, the finance industry was 'part of the problem', it is now in a position to be 'part of the solution'.

Photograph by Pablo Blázquez of Save the Children Spain

ONLINE retail giant Amazon has once again decided to up its investment in Spain, showing that the pandemic has not put large corporations off expanding in the country. A second logistics centre in the Greater Madrid...