Spain's air pollution falls to levels of 2011, but there's still work to do

Spain's air pollution falls to levels of 2011, but there's still work to do 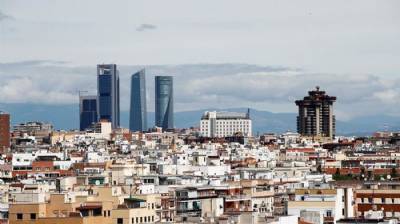 AIR POLLUTION in Spain has plummeted to levels of nearly a decade ago, even before the three-month lockdown, and which is likely to be partly due to schemes set up in previous years in some of the country's largest and worst-offending cities.

According to a study by Ecologists in Action, contamination fell in 2019 by 58% in Spain's main metropolitan areas, taking it down to levels seen in 2011 – and is thought to have reduced even further during the Covid-19 shutdown.

It remains to be seen whether it will spike again now the State of Alarm is over, but about two years ago, Madrid set up a traffic-free zone – known as 'Madrid Central' – which has seen air pollution fall visibly and has been championed by residents.

This said, a change in local government last May means 'Madrid Central' could be in jeopardy, although it is probable that any backtracking on the move could mean the Spanish capital is among other cities continent-wide hauled before the European Commission again to explain what they intend to do about their pollution problems.

Ecologists in Action calls for switch to bikes, walking and public transport

Ecologists in Action say this is a time when the national and regional governments and town and city councils should be making moves to prioritise public transport and for society to switch to bicycles or walking.

It also criticised Spanish president Pedro Sánchez for his recently-announced grant scheme which will give residents up to €6,500 towards buying a new car, in an attempt to reduce the average age of vehicles on the country's roads – currently around 12 years.

But the grants are expected to be higher for switches to electrically-powered or hybrid vehicles, which are low- or zero-emissions, and outside of major cities, it is frequently practically impossible to get about without a car – huge swathes of Spain are rural, with considerable distances between towns and villages, and its ageing population means a growing number of residents are going to be dependent upon door-to-door transport. 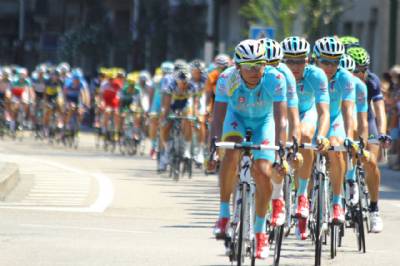 Additionally, the Covid-19 lockdown has meant car manufacturers and dealerships were forced to stop work, meaning employees and business owners were facing financial hardship and the national economy – of which the motor industry accounts for around 10% - took a temporary hit.

Sánchez's new-car grant scheme is also aimed at helping the sector recover from the crisis.

“The only way to improve air quality in cities is to reduce motorised traffic,” says Nuria Blázquez, coordinator for transport at Ecologists in Action.

A new generation of electrically-powered cars may make this reduction less necessary, however.

As at last year, one in four Spanish residents was living or working in an area where the air quality was poor – around 12.5 million people – although this figure was 2.3 million fewer than in 2018 and the lowest since 2011.

This may be partly because a high percentage of the population is concentrated into built-up areas – figures for Madrid and Barcelona, among other major urban zones, are likely to account for the majority of those 12.5 million.

These data were calculated using maximum safe limits established in Spanish legislation, although Ecologists in Action says taking the much more stringent limits set by the World Health Organisation (WHO) would mean 94% of people in Spain, or 44.2 million, were breathing in unclean air. 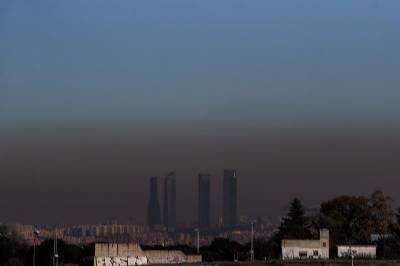 This would appear extreme, however, since Spain's overall pollution levels are, on the whole, no higher than in much of the western world, and would effectively mean that nearly 100% of people living in industrialised and wealthy countries were affected by air contamination.

Reductions in pollution, in Spain or anywhere else in the world, would, nevertheless, always be welcome, given that contaminated air is directly responsible for over seven million deaths per year on Planet Earth – about one in every 1,000 people in the world.

In Spain, the figure is around 30,000 a year – higher than the number of lives lost in the country through the Covid-19 outbreak (currently 28,325) – and for Europe as a whole, around half a million.

Deaths caused by air pollution in Spain have nearly doubled in the last decade, from 16,000, although at the time, with the country in the grip of a financial crisis, industrial activity, commuting and general movement was much lower than in 2019 when the economy had completely recovered.

According to the World Bank, premature deaths around the globe, and working days lost through illness, as a direct result of air pollution, cost the international economy €38 billion in 2013 alone – equivalent to 3.5% of Spain's GDP – without taking into account damage to crops or natural ecosystems.

But nobody can accuse Spain of not doing its homework: It continues to be a market leader in renewable energy, and plans to ditch fossil fuel altogether by the year 2025.

Whilst Israel, Italy, the UK and Portugal have announced future fossil-fuel plant closures, so Spain may not be the first to do so, it had already started the ball rolling on the process before any of these countries.

Plans were afoot this year to close nine of the 15 coal plants which were still in operation in 2019, and traditional 'unclean' energy sources have dropped by two-thirds since 2018. 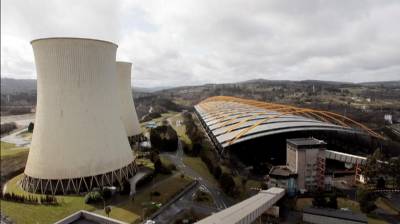 Now, non-renewable energy only accounts for 5% of all Spain's electricity production, and the country's biggest coal plant in As Pontes (A Coruña province, Galicia) has been out of use now for 14 months – having previously spurted out as much carbon dioxide per year as two million cars.

Spain has left the door open to up to three plants remaining open, if dormant, until the year 2030, but by then hopes to have 100% of electricity supplied by renewable sources.

It has an advantage over many European countries in that sense, thanks to its average of 300 days of sunshine per year, and with its mountainous terrain, plenty of wind, meaning solar and wind power are 'free' sources.

Further, Barcelona announced that this year it would be creating a low-emissions zone in the city centre up to 20 times the size of Madrid Central, and Sánchez's government said in January that it intends to make these compulsory for all towns and cities of 50,000 or more inhabitants.

IT FEELS as though it's been raining almost non-stop since the lockdown began – or at least 50% of the time, with much of the other 50% bringing ominous-looking clouds. But this is not as grim as it sounds;...