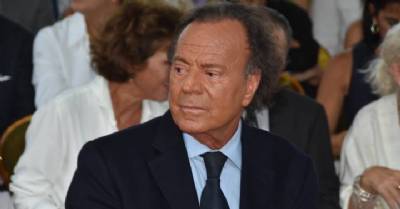 A VALENCIA man who is almost certainly the illegitimate son of legendary crooner Julio Iglesias is grappling with another setback in his quest for the singer to admit paternity.

Javier Sánchez, 44, said last July that he was, himself, about to become a dad for the first time, and believed his unborn child had 'brought him good luck' when Valencia's Court of First Instance Number 13 found that he was indeed Iglesias' son.

But Iglesias, who has so far refused to supply DNA, appealed the verdict, and the Provincial Court of Valencia overturned it in May.

Now, Sánchez only has one lifeline left: The Supreme Court, the highest contentious audience in the land.

If this were to fail, his only options would be trying to demonstrate his rights under Spain's Magna Carta had been breached in an appeal to the Constitutional Court, the function of which is merely interpretation of the national 'rule book' of 1978, and to apply to Europe.

Although the singer, 76, has refused to give a DNA sample, Javier already has this – thanks to a private detective he hired in Miami, Florida, where Julio and also his son, pop legend Enrique Iglesias, live.

The sleuth collected tissues Julio had used, from a bin in a bar, and tests shown a 99.99% match with Javier – the highest percentage ever conceded, since 100% is never given.

At the time of the alleged affair between Julio Iglesias and Javier's mother, María Edite, the singer had already been married for five years – to Philippino-Spanish model and it-girl Isabel Preysler, now 69 and wedded to Peruvian Nobel Literature Prize winner Mario Vargas Llosa.

Also, Enrique Iglesias, who is Isabel Preysler's son, would have been a toddler.

Julio's lawyer says the artist had 'only briefly met' María Edite 'once before', which was 'at a party', and the circumstances required for them to have conceived Javier could never have arisen from this brief contact.

But Javier's own lawyer, Fernando Osuna, says the justice system is 'dismissing science', given that the DNA match is enough to prove paternity per se.

Normally, the Supreme Court would reject a decided case on the principle of 'the thing being judged', unless a point of law that could challenge the verdict had been raised.

But Osuna says this principle does not take precedence in maternity or paternity suits, since it is a matter of 'analysing scientific material' and reaching a conclusion based on pure facts.

“Javier is quite calm about it all – he's certain he's Julio Iglesias' biological son, and nobody can deprive him of that fact or of his right,” Osuna explains.

If it is indeed shown irrevocably that the singer is Javier's father, the 'secret son' and Enrique Iglesias' half-brother would stand to inherit a multi-million fortune upon Julio's eventual death.

But as Julio is now 76 and apparently in good health, were he to live a normal life expectancy, Javier would be drawing his pension by then – and he says wealth, status and fame are not what he is concerned about.

What he wants is 'closure', to 'find out where he came from', and for 'justice' for his mother, who started the suit when Javier was just 16.

Javier also hopes that 'one day' he might have 'some sort of relationship' with his natural father and with his siblings, and for Julio to 'perhaps want to meet his grandchild', although given the damage to any future emotional ties the ongoing court battle will have caused, he does not expect to have a 'normal' father-son bond.

Still, Javier says, if Julio ever does admit paternity, they would have 'years ahead to sort all that out' between themselves.

Pablo Alborán comes out as gay: “I need to feel a little...

POPULAR chart-topper Pablo Alborán has come out as gay after years of public speculation partially fuelled by his hot denial in 2014 of being romantically linked to Puerto Rican star Ricky Martín. Málaga-born Pablo,...