What is the 'perfect' air-con temperature? Spanish sources advise

What is the 'perfect' air-con temperature? Spanish sources advise 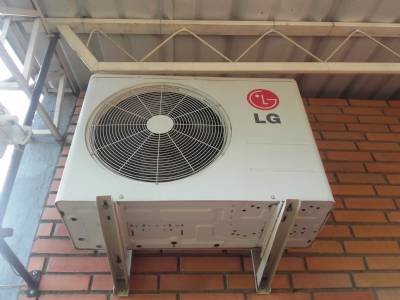 AROUND a decade ago, a law was brought into force setting minimum and maximum air-conditioning temperatures year-round – before then, it was fairly common, when popping out on a day when it was over 40ºC in the shade, to take a thick cardigan with you to put on in shops and bars.

In some countries, 'air-con wars' can be among the biggest sources of office conflict – and it has, in fact, caused friction in Alicante city hall this week, when Podemos councillor Vanesa Romero said the too-cold temperature set was 'an example of everyday sexism'.

She may have a point, however, despite some of the male councillors on right-wing parties mocking her: Several scientific studies, including research published by the professional journal Nature, have proven that product design has historically had a male bias, and air-conditioning is no exception – the report reveals how this godsend gadget was originally developed in the 1960s, a time when women even throughout the western world were considered inferior, and was based upon temperatures at which a man aged on average 40 and weighing 70 kilos (about 11st 4lb) felt comfortable indoors.

Women's body temperatures are habitually lower, although tend to rise around the time of the menopause, when even men could be buttoning up their jackets as women strip off and fan themselves – although even then, finding a balance that meets with ethical requirements of 'thermal equality' can be difficult.

Several Spanish organisations have given their views – not just on what is comfortable, but what is healthy.

One of these is the leading consumer affairs group, the OCU, which says air-con temperatures should be approximately 5ºC lower than those outside.

This does not mean setting your air-conditioning to 35ºC when it's 40ºC outside, of course. When it's extremely hot and humid – like at the moment, with Spain officially going through what the Met office defines as a heatwave – an indoor temperature of between 24ºC and 26ºC is low enough to keep cool without racking up a huge electricity bill.

Whilst this type of temperature would leave most people sweating profusely in winter, the reason for the apparently high figure is not to create too much of a contrast with the heat outside, since rapid and constant air temperature changes can cause minor illnesses.

Office temperatures would typically be slightly higher than in, for example, a shop or bar, where the staff are moving around constantly rather than sat still all day, and these are strictly regulated – temperature comfort, along with lighting and noise levels, is a crucial part of workplace risk management ergonomics and comes under employee health and safety, says Quirón Prevención, the risk-assessment arm of the Quirónsalud private hospital network.

Spain's Regulation on Heating Installations in Buildings (RITE), approved by Royal Decree, or Bill of Law number 1027/2007, of July 20, establishes recommended indoor workplace temperatures as being between 23ºC and 25ºC, with a relative humidity level of between 45% and 60%, for summer.

In winter, the temperature needs to be lower, so as not to contrast too much with the outside air, but still high enough to be comfortable: Between 21ºC and 23ºC, with humidity at between 40% and 50%.

Air-conditioning unit fan speed should be below 0.2 metres per second, since the 'blowiness' can make it feel colder than it is.

An amendment to the RITE via Royal Decree number 1826/2009, of November 27 – just over 10-and-a-half years ago – states that air temperatures in 'refrigerated indoor areas' should not be below 26ºC where this requires 'conventional energy consumption'.

The same text states that maximum temperatures indoors in winter should not exceed 21ºC, with humidity levels ranging from 30% to 70%.

In order to keep temperatures at those stipulated, the air-conditioning units should be in a 'visible' position and 'frequented by people who use the area', and a minimum of one unit per 1,000 square metres is required.

For northern European expats and visitors, these temperatures may appear too high – but this is because, in their home countries, the outside winter temperature is much lower than in most of Spain, meaning the indoor temperature should also be lower so as not to be a shock to the system.

Masks compulsory even with social distancing in all bar two...

MASKS have now become compulsory in almost every region in Spain – with a few exceptions – and in areas where this has been the case for several days already, fines are being levied on those who fail to do so....