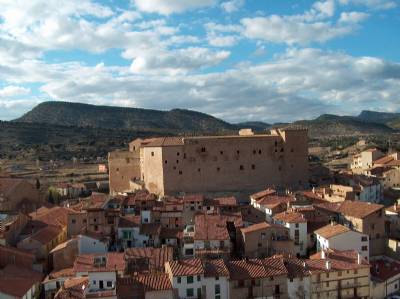 According to sociologists Luis Camarero, of Spain's 'open university', the UNED, and Jesús Oliva of Navarra Public University, the remote country villages whose populations are ageing and shrinking have been thrust sharply into the spotlight after lockdown drew attention to their local needs.

The least-densely populated areas of Spain are stuck in a type of 'Catch 22' situation: Few services or job opportunities are in place for younger adults, because there are not enough of them to warrant these; but the lack of these services and opportunities means younger adults tend to leave for cities and coasts as soon as they finish school.

As a result, few or no children are born, and as the older residents gradually die out, the headcount dwindles to nothing – in fact, villages that are now completely empty can be found in some of Spain's more rural regions.

The National Institute of Statistics (INE) said in 2019 that 53% of Spain has fewer than 12 inhabitants per square kilometre – to put that into perspective, even a small town on the coast has a typical population density of around 400 to 600 per square kilometre – and 6,000 Spanish villages have seen their headcount fall in the last 10 years.

Eight in 10 villages in 14 of Spain's 50 provinces are at risk of becoming completely empty in a generation or two – and yet, the collective population of all of these together would fill a city the size of Madrid several times over.

The UNED and Navarra University report reveals that the bank and supermarket most frequently found – and, indeed, the most prolific private-sector companies altogether – in villages of 10,000 inhabitants or fewer are CaixaBank and Día.

Bank branch closures have hit rural areas the hardest – especially since the financial crisis began in 2008 and then, in 2012, an EU bank bail-out came with tough conditions that included shutting down a certain percentage of offices – and, in that time, the 45,707 branches across the country reduced to today's 25,755.

Although online banking has meant their physical presence is less necessary than it was 20 or 30 years ago, half of Spain's towns and villages – 4,109 out of the total of 8,131, which account for a total of 1.3 million residents – do not have a single high-street bank branch.

“Closeness to sources of credit is essential to economic development, new social innovation projects, and the maintenance of existing rural business,” says the report.

The report highlights an improvement in the expansion of health centres since 2004, but warns that this has been unequal – some regions have suffered a major reduction, such as Galicia, whilst others, like Catalunya, Andalucía and Castilla-La Mancha have seen major growth.

Schools in rural Spain and in very small towns and villages are practically all State-run rather than private, and frequently operate through an inter-village network – where the same school has 'branches' in a number of municipalities.

In fact, numbers of schools have remained stable in rural parts and even, in some cases, increased.

The most recent data – for the school year 2016-2017 – show a total of 3,665 primary and secondary schools with around 280,000 pupils in total covering villages of 2,000 or fewer inhabitants, meaning the infrastructure does exist to cater for children if enough other incentives were created for adults of childbearing age to move to, or stay in, countryside areas.

One public service which has dramatically declined is mail delivery, however: Around 521 post offices in rural Spain shut down over the four-year period between 2013 and 2016, and many town-based post offices have ceased to deliver to their more sparsely-populated outskirts, or even to urbanisations at a distance from the main hub.

Public transport is 'sorely lacking' in country areas, the report states, and this dearth is 'the clearest sign' of 'rural inequality'.

“To guarantee equality everywhere, access to services is a central issue,” the researchers say.

“For this reason, the commitment of public authorities and private-sector operators in health, education, transport, banking and retail services in rural areas and those of low population density is essential.

“This commitment depends largely on economic revival and villages' and rural enclaves' ability to attract the right demographic.”

Masks compulsory even with social distancing in all bar two...

MASKS have now become compulsory in almost every region in Spain – with a few exceptions – and in areas where this has been the case for several days already, fines are being levied on those who fail to do so....