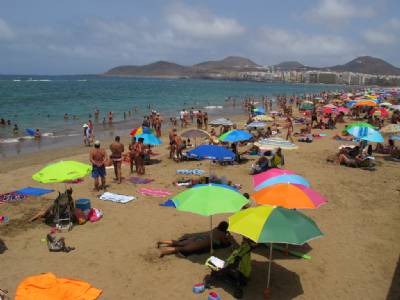 CANARY Island president Ángel Víctor Torres says he is 'quietly confident' the UK will lift its quarantine restrictions soon – for this region, at least.

Recently, the British government announced that anyone travelling from Spain, irrespective of nationality and including returning holidaymakers resident in the UK, would be forced to self-isolate for 14 days, a decision that has effectively put paid to anyone from the country taking their summer holidays in Spain.

Even though other countries have not imposed restrictions – Belgium has advised against travel to certain parts of the north only, and Germany is considering free PCR tests for everyone who arrives from abroad, including German residents coming back from holiday – the British market is one of the largest for Spain's most popular summer destinations, meaning its loss could create a significant financial impact on the tourism industry.

Holiday-home owners from Britain who had been planning to spend the entire summer in Spain have said, in some cases, that they intend to do so anyway, since by the time they are ready to return to the UK, the quarantine requirement may have been lifted and, in the case of those who are retired or do not need to work, two weeks stuck indoors alone are a small sacrifice for being able to enjoy a sunshine break for several months.

Resident Spaniards may well be the ones to save the summer this year – many intend to take a holiday as planned, but due to the pandemic, are reluctant to go abroad, so are tending to opt for national destinations instead.

Torres, during a regional presidential conference at the San Millán de la Cogolla monastery in La Rioja, said the UK's scrapping quarantine for arrivals from Spain is 'the first step' towards helping the Canary Island economy recover from the months Spain was forced to shut down altogether.

Torres says he hopes these talks will 'start to bear fruit in the next week or so'.

“We might be on the path towards eliminating quarantine for the Canaries in the next few days or the next week or so,” Torres told reporters.

“British legislation provides for measures of this type to affect a country in its entirety, meaning lifting restrictions for a specific region would mean changing the rules, but I consider this to be perfectly possible.

“The UK government has no epidemiological motives to order quarantine for the Canary Islands, given that the region's accumulated Coronavirus incidence post-lockdown is one of the lowest, and far better than that of the UK itself.”

Torres says he 'trusts' that the 'good relationship' between the two countries would enable 'diplomatic negotiations' to 'produce results very shortly'.