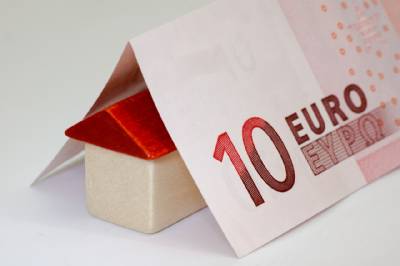 MORTGAGES in Spain will get slightly cheaper for anyone whose payments are coming up for their annual or six-monthly review – the Eurozone interest rate has fallen again, to -0.275%, making it the second-lowest so far in 2020.

As at the end of July, the Euribor, or common currency interest rate which applies to mortgages and is used as a guide for consumer and commercial credit, is down from where it was six months ago, having ended January on -0.253%.

The Euribor first entered negative figures in February 2016, four-and-a-half years ago, and has not reached 0% again since – a strategy by the European Central Bank (BCE) to aid cashflow across the shared currency area, protecting homeowners and encouraging property-buying, and helping businesses expand and boosting the economy by letting the ordinary consumer spend money on non-essentials.

Although almost every year since then has brought warnings from economists that the 'honeymoon' cannot last forever, the BCE has pledged to keep the Euribor down until the Eurozone reaches 'healthy' levels of inflation – the target is just short of 2%.

Whilst avoiding inflation could be seen as a good thing, increasing it beyond its current figures is necessary in order to allow price rises which could lead to better business, more employment, and higher wages and pensions where these are index-linked – it only becomes a problem when it goes beyond 'ideal' percentages and life becomes too expensive, resulting in spending shrinking.

In any case, the likelihood of interest rates rocketing overnight and leaving homeowners unable to afford to keep a roof over their heads – as was seen in the UK in the 1980s – is very unlikely in the Eurozone, since the Euribor's increases in the past 20 years have generally been very gradual and, except for the pre-crisis years of 2006 to 2008 when it crept up to over 5%, showed very little variation at all until it went into freefall.

Also, in Spain, variable-rate mortgages are revalued annually or twice-yearly – whilst in the UK, they have historically changed from month to month in line with central bank interest rates, meaning a sudden spike could come as a shock to homeowners, Spanish mortgages will only go up or down in line with the Euribor once a year or, in a few cases, twice a year.

This means borrowers have time to plan if they see signs of a possible interest rate hike on the cards, and is the reason why variable-rate mortgages continue to account for the vast majority of home loans in the country.

The Euribor has not been falling every month consecutively since February 2016 – in fact, it has risen slightly since the second half of 2019, but only by hundredths of a percentage point, which means the small rise in an existing mortgage would only be by a few euros a year and would be offset by the capital repaid in that time anyway, even in the case of early-stage mortgages where the bulk of monthly repayments represent interest.

July is the second consecutive month so far where the Euribor has fallen, and it looks set to keep dropping for the foreseeable future, albeit large nosedives are not on the horizon and have not been a feature since the latter years of the economic crisis.

CONSUMER affairs minister Alberto Garzón intends to ban 901 and 902 phone numbers, as well as any others which carry a higher tariff than for a call to a regional landline. Despite public pressure, many companies still...

British home-workers would like to live in Madrid, says...

WITH working from home on the rise across the modern world and given a major boost by the pandemic, the need to live close to the office is rapidly reducing – and has already been floated as a possible solution to...