Why do some trees live for thousands of years? Spanish scientists explain

Why do some trees live for thousands of years? Spanish scientists explain 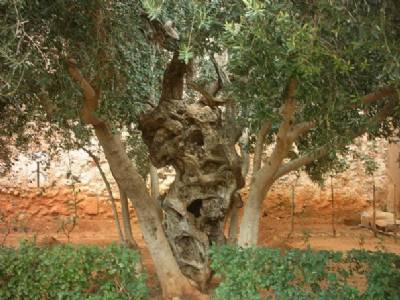 OLIVE trees of thousands of years old, still with leaves and occasionally even with olives are a regular feature across Spain, often being much-loved and officially-protected local 'monuments' – and, in the Canary Islands, the dragontree (Dracaena Draco), a species native to this part of the Atlantic, can often live for centuries, or millennia.

The above photograph shows an olive tree of at least a thousand years old, and possibly several thousand – nobody is quite sure – in Simat de la Valldigna (northern Valencia province), just outside the iconic late-13th-century Santa María de la Valldigna monastery, which attracts local visitors year-round.

How and why certain species of tree live so long has always been a mystery to the layperson, although recently-published studies by Dr Sergi Munné of Barcelona University's Faculty of Biology and its Biodiversity Research Institute (IRBio) gives us some idea.

“These are an exception within their particular species,” says the report, printed this week as an article in the journal Trends in Plant Science.

“They help us understand better the importance of inter-individual variety in adaptive processes.”

Munné says those which survive for at least 10 human generations are 'excellent models of tolerance and stress-resistance', and includes as examples the Pinus Longaeva, or Great Basin Bristlecone Pine, of which one named 'Matusalen' in the USA's Inyo National Forest is known to have lived for over 5,000 years, and the Cupressus Sempervirens known as 'Abarkuh' in Iran, a cypress of a species which – as the name suggests – lasts forever; at least, in the case of Abarkuh, so far, 4,000 years.

“Tolerance of extreme temperatures, lack of nutrients and drought are linked to their longevity,” Dr Munné's report states.

Also, the fact they grow much more slowly, and have 'great capacity for regeneration', has helped those planted centuries before the Ancient Egyptians to still be flourishing today.

Their 'efficient eco-physiology' through all types of external factors that would otherwise be hostile to trees, plus a 'modular growth' and a huge ability to maintain 'dormant' or 'sleeping' structures which restart their growth after years of slumber go some way towards explaining their survival.

Although in practice, 'survival' is only partial, says Dr Munné.

“The trunk is made up of over 99% dead tissue, and the vessels in their vascular tissue – known as the xilema – are also completely dead,” the report reveals.

“But the live tissue which makes up the floema [sap vessels] and vascular core are very much protected by the outer bark.”

Structural limitations are what mainly cause decline in the longest-living plant species, meaning a tree 'can reach its maximum height in accordance with its genome and the environmental conditions of its natural habitat' at a young age, but then 'gradually increase its longevity through new branches' and by 'generating more branches when old ones are damaged'; although this process is limited: When the vascular tissue that joins the roots with the above-ground parts, in particular, sustain major damage, the tree normally dies off.

The key seems to be this vascular tissue, or the part of the tree that contains its 'veins', being adequately protected by the outer part of the trunk – for as long as this happens, it appears, the tree can survive.

More than de 60 baby loggerhead turtles (Caretta caretta) hatched in Cala Pilar (Ciutadella) this weekend from an egg lay that the local environmental authorities were completely unaware of. The turtles were born in the...

Snow joke: Thick carpet of white in León as Med basks in...

IN THE past few years, a 'blip' in the weather has brought rain and falling temperatures to Spain over the last week of August, a situation that is normally temporary and clears out the last of the humidity...

From sweltering to snowing: Four seasons in one week...

LITERALLY nobody in Spain will escape the soaring temperatures in the last full week of August, but by the weekend, some parts of the country will even be getting snow, according to State meteorological agency, AEMET....