Spain to test interoperability of Radar Covid app in October

Spain to test interoperability of Radar Covid app in October 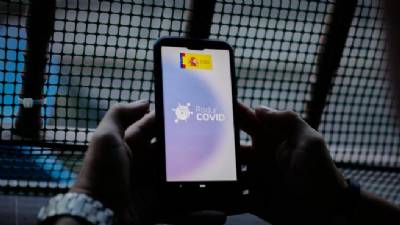 By mid-October, the Spanish government plans to start testing the interoperability of their Radar Covid tracking app with similar apps currently being used in other countries.

The minister for Economic Affairs & Digital Conversion, Nadia Calviño, announced today that she hoped the app would soon be live across Spain and that it would help control the spread of the coronavirus pandemic.

Once it goes live in every region of Spain, which should be by the second half of October, the idea is to test its interoperability with existing apps in other countries.

Spain, she said, has wanted to be "at the forefront of this kind of experiment and testing", bearing in mind the country plays host to many tourists and it is therefore important to make sure that people from any other European Union country can use the app in their home country too.

The minister also mentioned the possibility of "lengthening" the control period of the tracking application, which is currently set at seven days. The app alerts you if you have been in contact with anyone who has tested positive for Covid-19 during the past seven days, but their is talk of extending this tracking period.

How does the Radar Covid app work?
The app sends alerts to its users anonymously concerning the risk of exposure and any possible contact with anyone who subsequently tests positive for coronavirus. The app uses the mobile 'phone's Bluetooth technology to detect the risk of possible infection and gives advice as to how to proceed.

The tracking system has been developed jointly by Apple and Google and has two main functions: to inform people anonymously of your positive diagnosis and to communicate potential exposure, also anonymously, to anyone you have been in contact with.

The app keeps a register of all the people you have been in contact with over the past 14 days, if you have been less than two metres apart or have been together for more than 15 minutes. On the basis of this information, the app evaluates the level of exposure risk. If a user receives a positive diagnosis for Covid-19 after being tested, they can then decide if they want to share that information so that "an anonymous notification can be sent" by the app to other users.