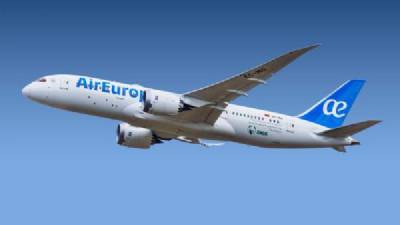 BALEARIC-BASED carrier Air Europa has slashed its prices for the next 10 days for flights scheduled between now and June 17 next year.

National routes – between mainland Spain and the Balearic Islands – are up for grabs for €19 each way, whilst seats on European flights start at €25 each way.

Connections between Spanish airports and north African destinations cost €29 for a single ticket in either direction, and trips to the Canary Islands from the Balearics or mainland Spain cost €35 each way.

One-way tickets from Spain to the US cities of Miami and New York start from €99, and for destinations Air Europa serves in Latin America, from €219 each way.

Inter-island flights – from Palma de Mallorca or Ibiza to Menorca, for example – start at just €7 for each trip.

The cost-cut is a bid to get passengers back after the pandemic put paid to most international and some national travel this summer.

Deals are available until Sunday, September 20 and are valid for flights up to and including June 17, or in the case of long-haul routes, for dates between now and September 30, 2021.

Tickets include a 'flexibility' clause for changing dates, times, departure point or destination between purchase and take-off – these can be altered with no amendment fee payable, a 'hook' used to attract customers who may be afraid of committing themselves in case the pandemic continues and halts their travel later this or next year.

The only charge that may be made for amendments is where the new date, time, take-off point or destination is no longer available at the original reduced price; in this case, the passenger will merely need to pay the difference between these, but will not be subject to the usual 'admin fee' for making changes.

Air Europa, founded in 1984 with the trading name of Air España – which it changed to the former in 1986 – is now owned by IB Opco, the holding company of Iberia, part of International Airlines Group (IAG), which also owns British Airways.

The sale was agreed last November for the sum of €1 billion.