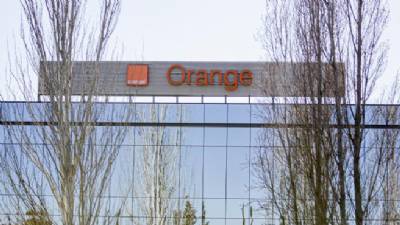 ORANGE has launched its 5G network in Spain in a bid to compete with Vodafone and with national telecommunications giant Telefónica, and has announced access to the new network will be included in all customer tariffs with no change to current prices.

At present, 5G via Orange is only available in the cities of Valencia, Sevilla, Málaga, Barcelona and Madrid, and is expected to reach about 30% of its clients in each of these.

Over the next few months, Orange says, it will be gradually increasing its 5G cover, starting with major cities.

“Personal and business customers, provided they are based in one of these areas and have a 5G SmartPhone, will be able to use this new technology at no extra cost through their existing tariff,” says managing director of networks and IT at Orange in Spain, Mónica Sala.

“The Covid-19 pandemic has not only sparked a health emergency, but also an exceptional situation from a socio-economic point of view in which evolution towards a digital economy and society is becoming more urgent than ever.

“In line with our commitment as a company, Orange has taken a major step forward in supporting this digital revolution by launching 5G technology, which we hope will contribute to the development of the country.”

Orange purports to be the network provider with the largest range nationwide – 100MHz of the 3.6-3.8 GHz band – placing it in an ideal position to develop 'new ultra-fast mobile broadband technology' following an investment of €152 million.

For the moment, only parts of the cities mentioned are covered by 5G, although the network is set to widen over the coming year, eventually branching out into the provinces.

In Málaga, cover is available between La Malagueta beach and the Cádiz road, along the coast, taking in the old town as far as Martiricos, and along the Avenida Andalucía up to the Teatinos campus.

For Valencia, most of the city is served by 5G – from Beniferri, Benimaclet and Benicalap in the north, along the V-30 motorway to the south.

Cover in Sevilla is mainly focused in the city centre, within the old city wall and on both banks of the river Guadalquivir – in the Triana and Los Remedios neighbourhoods and in the old town – as well as on Cartuja Island.

Customers in Barcelona will mainly be able to use the 5G network when they are south of the Diagonal, on the Passeig de Gràcia, the Clot, Sant Martí and Meridiana areas, and in the Zona Franca district.

Most of Madrid's 5G zones will be within the M-30 ring-road and in some of the suburbs, including Ciudad Lineal, Hortaleza, San Blas, Vallecas, Aluche and Campamento, and satellite towns such as Pozuelo de Alarcón, where Orange has its national head office (shown in the above picture, taken by the management of La Finca business park where the company is based).