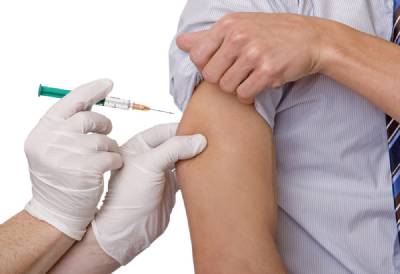 A VACCINE created in Spain against tuberculosis is being tested to see whether it is effective against Covid-19, according to researchers who discovered it.

'Ruti', developed by the pharmaceutical company Archivel Farma after being 'found' by scientists at the Barcelona-based Germans Trias i Pujol Research Institute (IGTP) – led by Dr Pere Joan Cardona – is based upon exploiting the body's innate immune system, and could be used as a base for a wide spectrum of anti-viral preventive medication, as well as a first port of call when designing immunisation against new infections.

According to Dr Cardona's team, 'Ruti' stimulates the natural immune system and triggers its 'memory' – or 'trains' it to generate a faster and more effective response.

The innate immune system is the first line of response when unknown pathogens enter the body, meaning it does not act specifically against a given set of virii and does not generate antibodies to kill it off.

This means that although the World Health Organisation (WHO) has warned against existing tuberculosis vaccines being used to inoculate against Covid-19 – due to a lack of scientific evidence that it has any real effect – the fact 'Ruti' is not specifically tailored to attack tuberculosis itself means it could be developed to 'become' a vaccine against other conditions.

The IGTP says the idea is to try to provide a solution to the Covid-19 crisis but 'from another perspective' to projects working on immunising against the latest strain of the Coronavirus only.

It could serve as an alternative to, or even complement, the other, more specific vaccines currently under construction.

In order to fast-track the research and development of 'Ruti', Archivel Farma has set up a spin-off company, Immuni Therapeutics, which will be dedicated exclusively to this objective and which is now seeking investors.