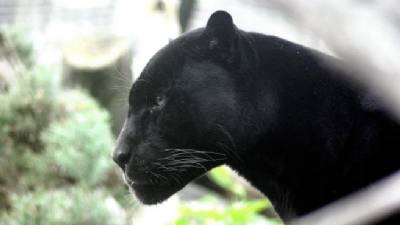 A HANDFUL of witnesses swear they have spotted a black panther prowling around the Granada-province town of Ventas de Huelma – despite this predatory feline being native to the jungles of Central and South America.

The council and Guardia Civil's environmental and animal unit, SEPRONA, are taking the matter seriously, as a precaution – although it is just as likely to turn out to be a large dog or cat.

Thermo-cameras and helicopters have been out scouring the area, and authorities are urging the public to report any sightings – but not to approach the panther if, indeed, this is what the creature turns out to be.

As yet, no signs that any such animal has been present have been found since the official searches began.

Witnesses, however, are not 'just' members of the public – a Civil Protection volunteer was one of those who claimed to have seen the feline, saying it was strolling along the main highway in the direction of the town of Agrón.

If there is, indeed, a black panther on the loose in the eastern Andalucía province, it would only have got there in one of two scenarios: Either escaping from a zoo, or having been illegally bred in captivity and broken loose or been abandoned.

No zoos in the area have reported any animals missing, and it would appear unlikely that any member of the public could have got their hands on panthers to breed from – a theft from a safari park would have been noticed, and it would be impossible to transport a panther, even a baby one, into the country.

Breeding them outside a zoo or safari complex, or keeping them as pets, is completely illegal and would be difficult to achieve, given that the species is listed in the Convention on International Trade in Endangered Species of Wild Fauna and Flora (CITES).

Panthers are practically never seen in mountainous terrain or arid landscapes such as those of the province of Granada – they live in tropical rainforests, rivers and swamps, as they are great climbers and swimmers, and because this type of habitat allows them to hide and stalk their prey.

Although they will eat rats, mice and even fish if they are desperate, black panthers mainly seek out large quarry such as deer, tapirs (similar to ant-eaters), capybaras (the world's largest rodent, a rat-like animal the size of a small dog), and peccary (similar to wild boar).

In short, they are not to be messed with, but it is likely that if they came upon a human, they would take cover rather than give chase.

Black panthers are the largest feline species in the Americas, measuring between 1.1 and 1.85 metres (3'7” to 6'1”) long when fully grown.

Like their much smaller, domestic counterparts, they are not pack animals and tend to hunt alone, only mixing voluntarily with their own species at mating time – generally giving birth to up to four per litter after around two to three months' gestation, but only nursing a maximum of two up to adulthood.

Babies stay with their mothers for around two years before they set off into the wild on their own.

Panthers rarely go near areas inhabited by humans – they are not as fond of them as their little house-kept relatives – and will tend to flee if they come across one, but if they find themselves cornered, they are likely to attack out of fear and in self-defence.

If anyone comes across the hypothetical 'Granada panther', they should not approach it, but should call emergency services on 112, and otherwise act normally.

They should leave the area immediately, but without hurrying.

Members of the public should not hesitate to ring the emergency services out of concerns for the possible panther's welfare – police trained in these operations and accompanied by specialists will use tranquilliser darts or similar to make the animal sleepy, without harm to its health, so it can be safely caught and taken to a wildlife centre for proper care; Spanish animal welfare laws will not permit them to kill it unless this is absolutely essential to save their own lives, a situation that is fairly improbable if the rounding up is handled correctly.

ANIMALS at Tenerife's biggest and most famous safari park are celebrating the start of summer via social media to keep in touch with their human fans until the centre reopens for visitors. Loro Parque –...

Brown bear spotted in Galicia for first time in 150 years

EXCEPTIONALLY-CLEAR and very close-up footage of a brown bear has been taken in Galicia – the first time the species has been sighted there in 150 years. Producer Felipe Lage from Zeitun Films had set up cameras in...