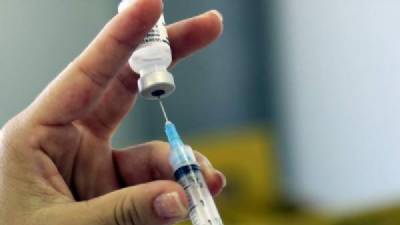 VOLUNTEERS are still needed for clinical trials for the Covid-19 vaccine being developed in Spain, despite the deluge of calls received by the three hospitals involved in the research.

Madrid's La Paz and La Princesa hospitals, and the Marqués de Valdecilla in Santander (Cantabria), are taking part in the inoculation creation and are currently at the second phase of development, where the first test vaccines are given to rigorously-selected candidates.

A total of 190 are needed in Spain – 40 in Santander and 75 in each of the other two hospitals – out of the 550 taking part in the trials, with the rest being in Germany and The Netherlands.

The vaccine is being created for the Belgian pharmaceutical firm Janssen, owned by US-based giant Johnson & Johnson.

According to Spain's health minister Salvador Illa, hospitals in the country were oversubscribed within the first 72 hours of putting a call out for volunteers.

“It's not usual for a minister to be announcing this type of news – normally, it's a slow process, finding enough candidates,” admits Dr Francisco Abad, head of clinical pharmacology at La Princesa hospital.

“The fact that we advised of the recruitment process in a press conference meant it went off like a bomb and over 500 people called us.

“Also, being a pathology that affects society to such a degree, there were loads of people keen to join in and help the research progress.”

Not everyone who puts themselves forward will be selected, of course, since they have to undergo an exhaustive health check and their medical records need to be scrutinised; additionally, they have to be available for weekly testing at the hospital concerned.

They do not get paid, except out-of-pocket expenses and loss of earnings where applicable.

Volunteers have the right to withdraw from the trials at any point, without giving a reason for doing so.

For the trials, healthy adults aged 18 to 55 were needed for one group, and over-65s in good health for the second group, none of whom could have previously tested positive for Covid-19, or be suffering it at the moment.

Since recruitment started on August 31, the 18-55 age group, which makes up about two-thirds of those due to receive the vaccine, has been comfortably filled, but a small number are still required for the over-65 group.

At the La Princesa hospital, for example, a total of 25 volunteers aged over 65 are needed, and so far, 19 have been selected.

“They have to be completely healthy, and by this age, people do tend to have pre-existing medical conditions, which means they are excluded from the trials,” explains Dr Abad.

Scientists say the shortage of over-65s is definitely not due to lack of response – far from it – but more because callers' medical histories mean they are not suitable to trial the vaccine.

Although the eventual inoculation is intended to be given to as many members of the public as possible and more likely to be used on those with health conditions or above pension age – meaning they will need to be able to tolerate it – at the current clinical trials stage, the aim is to see whether the vaccine is effective, creating sufficient anti-bodies, and that side-effects are minimal, which is why those receiving it have to be in a good physical condition.

A vaccine will never, however, reach the clinical trials stage unless and until it is proven to be safe for administration to humans.

Researchers still have time, though: They have started vaccinating volunteers already, but plan to continue to do so until September 22 inclusive, giving them a full week from now to make up the numbers.

Nine different doses and one placebo

Once the full volunteer teams are complete, each hospital will divide them into 10 groups – one of these will be injected with a placebo, and the other nine will get varying doses, from a small amount to a high amount and another somewhere in between.

Vaccines will be repeated after the first, the second and the third month, and trials are double-blind, meaning neither the staff administering the vaccines nor the volunteers themselves will know what dose they have been given or whether they are in the placebo group.

The time-frame published means levels of anti-bodies will be tested in January, and the follow-up checks will continue over 14 to 16 months, to work out the correct dosage required to produce immunity without causing unpleasant side-effects, and to see how long the vaccine remains effective before it needs to be repeated.

It means that, in theory, the vaccine may not be ready to market until March 2022, but the drug being developed in Spain is only one of several worldwide, meaning others could well be available beforehand – although this does not mean the Janssen version will be surplus to requirements, since enough will be needed, probably annually, to vaccinate millions of people on every continent; perhaps even every single person on earth.

And it could be that the vaccine is already rolling out on the market over the course of next year, even before the clinical trials process is complete, depending upon how the research evolves.

Candidates instructed to make a note of any side-effects

Volunteers will be given appointments at the hospital they are working with and which they must attend, and are required to make a note of any side-effects they experience in the first seven days after the injection.

“They may find their arm aches, goes red, or their body temperature rises; that's to be expected with any vaccination. But if anything else unexpected occurs, they need to tell us,” says Dr Abad.

“Other than that, they can go about their lives as normal.”

Although the long-term date is provisionally March 2022, researchers are aiming to have sound preliminary results by the end of this year or beginning of 2021 to base their next move on.

This will be phase three of the clinical trials, which will be conducted in various countries in the Americas.

Phase one involved testing about 1,000 people resident in The Netherlands and the USA.

Due to time pressure caused by the social urgency of finding an immunisation against the SARS-CoV-2 virus, the third phase of clinical trials will overlap with the second, and the first phase is still under way even though the second is now starting.

“This is the first time in history we have carried out phases one to three in parallel,” says head of market access and government relations for Spain's pharmaceutical industry, Dr Antonio Fernández.

Normally, he explains, the conventional pathway to creating a vaccine for any strain of the Coronavirus – a viral group which causes several conditions, right up from the common cold – would need between seven and 10 years.

“What we have to bear in mind is that we need to follow the necessary steps to be able to show that the vaccine is effective and safe,” says Dr Fernández.

“We cannot leapfrog any stage and then later find out the resulting vaccine puts the public at risk.”