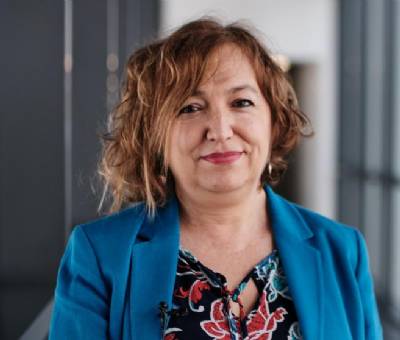 SPAIN has created a test for diagnosing Covid-19 which produces accurate results in under 30 minutes, thanks to research funding into the virus from the European Commission.

According to project manager Laura Lechuga, the devices 'do not need technicians or laboratories' and can be used in local GP practices, in A&E, and even in high-street pharmacies.

At a time when cases of SARS-CoV-2 are rising rapidly in Spain's capital – over a third of 'positives' are in the Greater Madrid region – even though they are starting to tail off in coastal areas and out in the provinces, where they are being instantly contained and contacts quarantined, mass testing with quick results is set to be key in the battle against the pandemic.

Although Spain is immediately PCR-testing anyone who displays symptoms, anyone who has been within close proximity of a 'positive', and even, in many cases, everyone admitted to hospital or attending consultations or treatment for chronic health conditions, including where these are completely unrelated to Covid-19, it can take between 24 hours and five days for results to filter through.

This means those tested are forced to self-isolate at home until they get the all-clear, meaning they cannot go to work or school and, in the case of a household with several members, the whole family has to do likewise.

Whilst mass testing is largely responsible for soaring figures – seven in 10 of whom are asymptomatic and of whom the vast majority make a full recovery – being able to do so and obtain results within minutes is crucial to the population's being able to get on with their lives without putting others at risk.

Now, Professor Laura Lechuga of the Catalunya Institute of Nanoscience and Nanotechnology (ICN2) says the newly-developed 'Convat' test is capable of doing just that.

It uses optical biosensory nanotechnology to detect the virus from a sample taken from the patient, and is able to differentiate it from the common influenza virus.

Also, it can detect different types of Coronavirus infection in animals – as 'Coronavirus' is a family of virii which causes a range of conditions, including the common cold, it is necessary to be able to work out which strain of it a human or animal is carrying.

Being able to detect and differentiate various Coronavirus strains in animals can enable scientists to work out which species are at risk of illness, or of passing it onto or catching it from humans.

It has been shown that some domestic pets can catch Covid-19 from humans, but that they cannot pass it onto their owners, and their own conditions are normally asymptomatic or relatively harmless.

“Rather than being a test in itself, it's more a device which works with technology similar to that used by diabetics to measure their blood-sugar levels,” explains Professor Lechuga (in the above picture, by the ICN2).

“It has strips which the patient puts their saliva on; all you have to do is replace the strip and you can use it again and again.

“Instead of measuring the proteins that 'come loose' after breaking the outer layer of the virus – which is what a PCR does – it measures the viral particle in its entirety, meaning it can give totally specific results and prevent 'false positives', which PCRs can do sometimes when they detect other proteins by mistake.

“Another advantage of the Convat is that it doesn't just give you a 'yes' or a 'no'. It also gives you a count of the viral charge, which – although this is not related to the path the illness takes – is always a relevant piece of information; it allows health professionals to monitor an infected patient.

“The technology used is similar to that found in mobile phones and similar devices – microchips. Only, in this case, it's light-nodes that circulate, rather than electrons as in conventional circuits.

“These then 'hook' a specific viral protein to the surface of the device, trapping it; the speed at which the light 'travels' then changes, which can then be measured.

“We're able to trap the viral particle alone; everything else in the patient's saliva can be then easily discarded. Like this, we can obtain the result in real time, via a numerical value that appears on a screen.”

Professor Lechuga, also lecturer for Spain's National Research Council (CSIC), says the fact the device uses 'Spanish technology' is crucial: Countries which develop home-grown devices and tests will normally, by default, keep their findings for their own population, meaning a sophisticated test method created in, for example, Japan, may not find its way to, for example, France.

Like this, Spain has one on home soil and does not need to seek out solutions from overseas, where the resident population will probably be given priority.

Professor Lechuga says the CSIC and the Catalunya Institute of Nanoscience and Nanotechnology have, in fact, been working on a device of this type 'for years'.

“We've tried it out with other microorganisms, with bacteria, with various types of protein, with cancer tumour markers, and so on. In other words, it's a technology that's already, let's say, 'mature' and 'established'.”

The development is now 'very advanced' and 'almost at a pre-commercial level', she explains.

And it could be available to anyone dropping into a pharmacy on spec, since it does not require laboratory technicians to examine the samples, as is the case with a PCR.

This means samples do not stack up in a lab waiting to be analysed due to a limited number of technicians available.

The Convat could be on the market 'between December and January', although as it involves 'a research process', this could be a little slower as the team will have to be able to compare samples with and coordinate with their colleagues in hospitals they are working with, then they need to 'seek out a fast-track commercial route'.

“When you have a prototype, however well it works in a laboratory, you have to be able to adapt it to enable it to be mass-produced so you can manufacture thousands or even millions – that's a crucial step, but not always an easy one.

“Our aim is for it to be for general public use, not just for different types of Coronavirus, but for other pathogens – or to have a nationally-based technology available that can be used for numerous applications and purposes,” she concludes.

VOLUNTEERS are still needed for clinical trials for the Covid-19 vaccine being developed in Spain, despite the deluge of calls received by the three hospitals involved in the research. Madrid's La Paz and La...