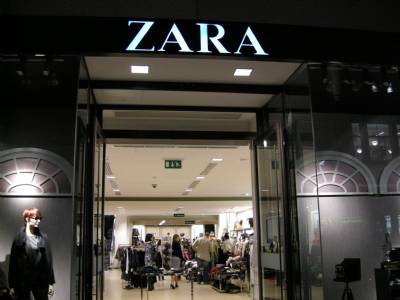 SPAIN'S most world-famous high-street clothing chain has launched a booking system for changing rooms in a bid to get people shopping again, and a system allowing customers to check what is in store before heading there in person.

Over the past few months, and especially in the latter days of lockdown when non-essential retail outlets were starting to reopen to the public, Zara – Inditex's star brand – had to keep its changing rooms off limits and restrict numbers of people on the premises.

Even now the changing rooms are back in use – being disinfected regularly – number limits still apply to ensure social distancing, meaning queues tend to build up for their use, and even, in large cities and shopping centres, outside the store.

This means a customer may be hanging around waiting for ages, only to rummage through all the rails and find the items they had hoped to buy are out of stock, or no longer available in their size.

Window-shopping, which can sometimes lead to on-the-spur purchases or a plan to go back later and buy specific items after payday, has become a thing of the past, as consumers are reluctant to take up space inside a shop that could be occupied by someone with definite intentions of spending money.

Zara has all these eventualities covered now: Changing rooms can be booked once on site, via a mobile phone App or on its website; additionally, the site allows people to browse their nearest store's wares and know for certain whether or not an item they like the look of is going to be there for them to buy, saving them an unnecessary trip.

The click-and-collect online purchase service has now been reduced to just half an hour and is available at all stores, meaning customers can buy what they want or need and then pop to the shop, rather than the other way around, and reduce their time on the premises, not having to queue at the till to pay.

Zara is the latest in a long line of retailers to set up a near-instant click-and-collect service as a result of the pandemic – other high-profile chains to do so include Amazon and Spain's largest department store, El Corte Inglés.

At first, the changing-room booking facility and the option to check stock in individual stores is only set to be available in 25 shops nationwide, but the mother firm, Inditex, wants to roll these out to every premises in the country over the next few months.

So far, Inditex has not announced plans to do so for its other brands, but these could be next if the new systems in Zara prove successful.