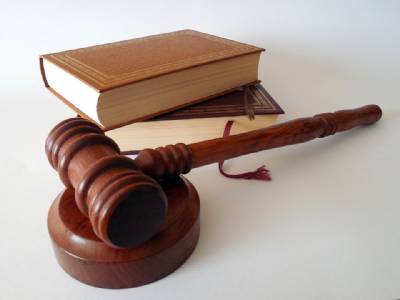 A YOUNG man from Valencia has become Spain's first-ever blind judge to qualify in the profession.

Héctor Melero Martí, 26, was born 100% blind – but this has not prevented him sitting his exams to qualify as a court judge, according to the General Judicial Power Council (CGPJ).

Until May 2014, Héctor would not have been able to do so – it was only then that the CGPJ brought an agreement into force that allowed the non-sighted the opportunity to qualify and practise as a judge in a court of law.

It was not so much that a blind candidate would be refused the opportunity to take the exams and enter the profession – more a case of nobody in that situation having tried.

But a blind student contacted the CGPJ just over six years ago to find out if it was possible, which led to procedures being brought into place to enable people with vision impairment to study the material, be assessed and examined, and also paved the way for any future non-sighted judge's workplace and employment to be adapted to accommodate them.

The CGPJ recalls that Article 49 of Spain's Constitution requires public authorities to effect 'integration policies' for anyone with a disability, and ensure their rights to equal access to jobs, education, goods and services.

Now, a minimum of 5% of places in the legal profession are required to be set aside for anyone with a disability who qualifies.

Until 2014, the work of a court judge would require a great deal of use of eyesight, but since access requirements were amended to accommodate the blind, various instruments and technology are available to make 'any document easily accessible to the non-sighted or partially-sighted', says the CGPJ.

Could coins of one and two cents be phased out?

'BROWN' coins landing in charity piggy-banks on bar and shop counters may be history by some time in 2022, depending upon the outcome of a Eurozone-wide opinion poll. By the end of 2021, the European Commission...

FOR THE first time in the history of credit and debit cards, plastic has overtaken cash as a method of payment in Spain, according to marketing consultancy Nielsen. At the beginning of this year, the Central European...