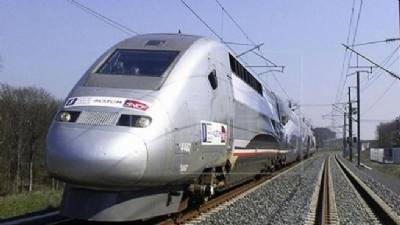 FRENCH national rail board SNCF will start to operate in Spain from March 15, 2021 – a year when, for the first time, train services in the country are due to open to competition.

Spanish public-sector transport company RENFE has held a monopoly on rail services for decades, but the government announced plans some years back to turn national trains into a competitive market and allow other companies to operate.

This means RENFE will have to work harder to attract and retain customers, since these will be able to 'shop around' for the best travel deals from next year.

And they may well find them once SNCF gets its wheels in the door: Through its budget service Ouigo, France's national rail body will be offering trips at 50% of the price of RENFE's.

Initially, the SNCF will operate along Spain's most heavily-frequented commuter corridor – between Barcelona and Madrid – with stops in Zaragoza, Aragón and Tarragona, Catalunya.

Later, the service will extend to lines linking Madrid with Valencia, Alicante, Córdoba, Sevilla and Málaga.

SNCF will use its Alstom Euroduplex double-decker trains (pictured above), and will be the first time in Spain's history that two-storey carriages serve the high-speed tracks, currently only covered by the AVE network.

The Alstom Euroduplex trains have seating for 509 passengers, a bar on board, and stewards to attend to customers.

Via its five return trips a day from Madrid to the other cities it plans to operate in, SNCF expects to be ferrying up to 30,000 passengers a day, says area director for Spain, Hélène Valenzuela.

To celebrate its launch in Spain, the Ouigo network will be offering tickets for just €1 to and from Madrid, Barcelona, Zaragoza and Tarragona for the first 10,000 customers who register on its website from this coming Thursday, September 24, starting from 18.00 mainland Spain time.

Mme Valenzuela says the SNCF wants to make trains a much more popular way of travelling, with prices accessible to everyone, and hopes to double the number of rail travellers within the next 10 years.

She stresses that the process of buying Ouigo tickets on line takes 'less than three minutes'.

At present, although Spain's rail services are exceptionally clean, modern, reliable, punctual and cheap in comparison with those of many other European countries, their actual coverage is very reduced – other than the metro or outer suburban lines in Spain's biggest cities, it is not usually feasible as a daily commuter method, and national routes tend to go via Madrid even if the capital is a long way in the wrong direction.

The only 'expensive' service in Spain is the fast-track AVE, which covers distances at record speed – the 400 kilometres from Valencia to Madrid takes just 90 minutes, compared with about four hours by car, not allowing for service station stops.

But even then, it is still a bargain compared with many similar connections elsewhere on the continent, a fraction of the price of rail travel in the UK, and for those who have time on their hands, using the Larga Distancia ('Long Distance') can drastically cut costs: The 'snail rail' from Valencia to Madrid can take over five hours with a change at Alcázar de San Juan (Ciudad Real province), but typically comes in at under half the price of the AVE.

TREE-LINED, lush, green and on the edge of the Sant Llorenç del Munt i Serra de l'Obac nature reserve, Matadepera is home to just 10,000 people, 30 kilometres from Barcelona, about 10 kilometres from Sabadell and...

Influencers' favourite 20 sites in the Comunidad...

EVERY region has its 'day' in Spain, some with more pomp and circumstance than others, and pretty much all of which are bank holidays in the territory they pay tribute to – unless they land on a Sunday, when...