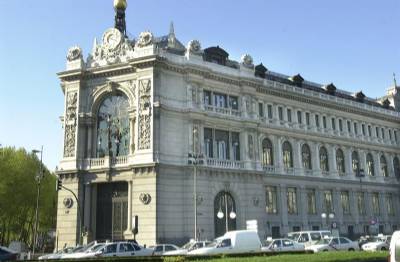 DESPITE dire predictions and snapshots of the global – including Spanish – economy as a result of the Covid-19 pandemic, it turns out households in general are better off financially than they were at the beginning of the year.

Bank of Spain figures show that net family and company wealth – the difference between their assets and debts – had increased by 4.68% between the end of March and the end of June, even though the macro-economy has been shrinking, a situation no country on earth has been able to escape this year.

Total assets held by Spanish households and businesses, which range from one-man bands to major national corporations and of which 75% are small and medium-sized family-run units, were down by 0.44% year on year, but had grown in the three months or so since the pandemic hit the country.

'Liquid' assets, for this purpose, relates to money in cash or in current accounts, money held on deposit, income, and share capital.

The main reason for its reduction, the Bank of Spain says, is largely share price values rather than a loss of savings: In the last year, €65.8 billion was invested in shares, but an overall loss was made of €80.7bn.

This was because of company capital losing value en bloc as a result of the pandemic.

But in terms of the type of liquid assets held by most Spanish households – current accounts, cash and savings in deposit accounts (41% of the total), life assurance policies, including endowments and similar, and personal pension plans (16%) - these did not not see an overall decline and, in fact, have increased during the middle part of the year.

The remainder of household liquid assets across the board was share capital (25%) and participations in investment funds (14%).

Deposits were up by 2.5 percentage points, although capital investments fell by the same figure.

Although the global figure for household and corporate debt combined increased in terms of percentage of the GDP, this was largely because of the GDP shrinking as opposed to because of actual debt rising, the Bank of Spain says.

Overall, households unaffected by business closures, loss of trade or redundancy – those where all working members were able to continue, or were temporary laid off or 'furloughed', meaning their income was replaced by government funds – typically reported having built up more in savings during the worst months of the pandemic.

This is thought to be because of shops, bars and restaurants being closed or their customer numbers restricted, followed by a reluctance to go out or to socialise until the crisis was under control even once the country reopened, meaning much non-essential everyday spending, including general leisure spending, reduced dramatically.

With far fewer people taking holidays, they saved the cost of their annual break, and 'furloughed' employees or those who switched to working from home saved commuting costs.

Overall, household debt by the second quarter of 2020 was sitting at a sum equal to 60.6% of the GDP, says the Bank of Spain, although the description of 'household debt' also includes mortgages.

IN A BID to compete with Amazon Prime, Spain's largest department store has launched an online platform with a set annual fee which allows unlimited deliveries of its goods, including supermarket produce. El Corte...