Benicàssim Festival opens with gig by Florence & The Machine

Benicàssim Festival opens with gig by Florence & The Machine 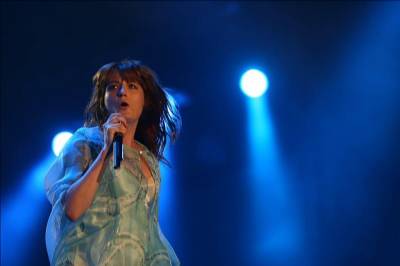 WORLD-FAMOUS music festival FIB kicked off last night (Thursday) in Benicàssim under new management and with a fresh, modern outlook and programme of artists for its 20th anniversary.

Opening act Florence & The Machine (pictured), fronted by vocalist Florence Welch, went down a bomb with the mostly-British festival-goers, who had mainly spent the day on the beach for some respite from the intense heat whilst waiting for the UK-based band to start the party.

Other British artists who performed last night were Swim Deep, Clean Bandit and Crystal Fighters, one of whose members is of Basque descent and whose musical style is based heavily on the traditional melodies of the northern region.

More Spanish bands are included on the programme this year, such as Mallorca-based The Last Dandies and L.A., Madrid's Miqui Brightside, Trajano!, and Elyella DJs, Catalunya's Ocelot and Luis le Nuit, and Valencians Mox Nox.

The festival, on the coast of the Castellón province in the east of the country, is one of Spain's most famous camp-out music parties and has recently been taken over by the promoter behind Glastonbury, T in the Park, Creamfields and other major, similar events in the UK.

Benicàssim International Festival (FIB) was on the brink of closure a few years back due to falling ticket sales and money troubles, but its revival this year means it is very likely to be here to stay.