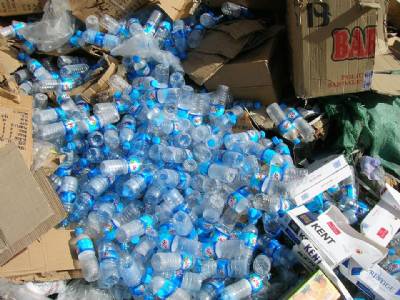 AN ENVIRONMENTAL association founder has warned against the global trend towards banning plastic – saying doing so is harmful to the planet.

Alejandra Ramos Jaime of La Solución Soy Yo ('It's Me Who's The Solution', roughly translated) and ambassador for the Economic Education Foundation says government attempts to ban or reduce use of plastic is 'ecocide'.

“In a hypothetical scenario where plastic did not exist or had never existed, and supposing a similar pattern of consumerism as we have today, millions of tonnes of other waste would be generated: Single-use paper bags, aluminium foil containers, disposable cardboard packaging, and so on.

“The press would highlight alarm about the sheer quantity of trees chopped down, the massive amount of water used in the textile, paper and cardboard industries, the high level of mining for increasingly-rare minerals, among other problems.

“But then, imagine if someone discovered a material which was able to reduce water use fivefold, reduce non-renewable energy consumption by 200%, cutting greenhouse gas emissions. A pliable, hygienic, resistant material that, as a bonus, doesn't require a single tree to be cut down! Waves of consumers worried about the environment and conservation of natural resources would rush out to use it, and use of paper bags, for example, which cost valuable resources and forests, would be frowned upon.”

“The campaign against plastic has led to our forgetting its multiple benefits, even environmental benefits: Based upon the resources used, a paper bag would need to be reused at least seven times to compensate for the environmental impact of its manufacturing, and a cloth bag needs to be used at least 327 times.

“Plastic is not only more comfortable for consumers, but actually extends the useful life of products and aids their distribution: Vacuum-packed meat, for example, lasts for 30 days instead of four; peppers in perforated plastic last for 20 days rather than four; a plastic water bottle weighs 10 times less than a glass bottle.

“Here, the advantages are that they are easier to transport in greater amounts, meaning less fuel consumption; they're longer-lasting and easier to store, meaning fewer costs and energy use in refrigeration and storage, and less food waste.

“These savings translate to goods which are more affordable for people on the lowest incomes.”

Alejandra Ramos says disposable plastic is cheaper to produce than its substitutes 'because its manufacturing has become more efficient', which also uses fewer resources and reduces energy consumption, and company cost-benefit analyses, when seeking to make as much profit as possible from their operations, take into account fuel use – and less fuel is needed for packaging of a lighter weight, whilst products last longer and less waste is generated.

Rather than banning disposable plastic, Alejandra Ramos says, the focus should be on 'correct separation' of rubbish and recycling absolutely everything that can be recycled.

“Without single-use plastic bags, people are having to buy bin-bags instead,” she says.

“As an example, in San Francisco, California [USA], after a ban on plastic bags, sales of bin-bags – also made of plastic – went up by 400%.”

Additionally, bin-bags tend to be larger, meaning once they are full, they are difficult to carry, and as they are not as strong as supermarket plastic bags, will tend to split when they are filled to capacity.

To this end, bin-bags are often only half-filled, meaning even more plastic waste than that which is created with a supermarket carrier bag filled to the top, which weighs the same. 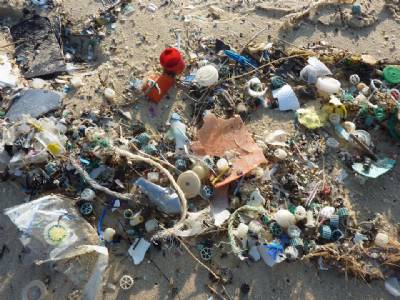 Reducing the harmful effects of plastic waste does not mean 'punishing plastic', says Sra Ramos, but researching 'incentives' for disposing of plastic properly so it can be recycled.

“The problem lies not in the existence of non-biodegradable material, but in our management of it,” she explains.

For biodegradable materials – such as plastic substitutes made from vegetable and plant fibre – to be used instead, these, too, need to be correctly disposed of or they are no more beneficial to the planet than plastic itself, the environmentalist explains.

“These biodegradable materials should be stored in a compost plant or other covered unit, to prevent emissions of gases they would create when they break down,” she says.

“Non-biodegradable materials should either be recycled or otherwise kept away from other ecosystems – such as through incineration in a plant that generates electricity through the heat of the fire.

“The most environmentally-friendly materials are those which are produced as energy-efficiently as possible, using as few natural resources as possible, consumed responsibly, and disposed of or recycled properly,” she concludes.

In Spain, plastics of all types go in the 'yellow bin', although there are some exceptions – broken toys, baby bottles, dummies, pens, or the remains of small electrical appliances or furniture, for example, are made of the 'wrong' type of plastic for recycling via the usual channels; however, most towns have, or should have, a Punto Limpio (literally, 'Clean Point'), for disposing of 'non-standard' rubbish – which also includes lightbulbs, batteries, broken crockery, electronics, and household glass items like smashed wine goblets and broken mirrors, as the latter two should not be placed in a 'bottle bank'.

Alejandra Ramos quoted the results of research by Carrefour supermarkets and by various UK bodies – the Scottish government, the British government Environment Agency, and Dr Anthony Ryan, professor of chemistry and head of the Grantham Centre for Sustainable Futures at Sheffield University.

In the UK, single-use plastic, particularly soft plastics, cannot be recycled, and simply end up in landfill.

One exception, however, is the county of Suffolk: All non-recyclable rubbish, plastics included, is burnt in an underground incineration plant, the only emissions from which are steam, not smoke; the burning process heats a huge greenhouse complex which has been set up with the view to providing up to two-thirds of the UK's tomatoes, and the resulting ash is used in creating compost for the crops.

DOWNPOURS, thunder and lightning are heading for Spain after a sweltering few days and set to ease the humidity and cool the country down for a short while, says the State meteorological agency, AEMET. But bad news for...