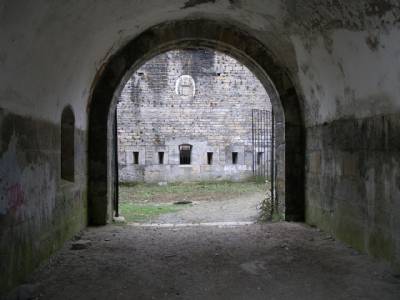 EVERYBODY loves a great ghost story. Who hasn't secretly longed to find themselves in a haunted house? Ideally one with nice, friendly ghosts rather than furniture-wrecking poltergeists, of course. Many of us are sure phantoms don't really exist, but sort of wish they did. Some of us, however, claim to have seen or felt the presence of one.

Whichever camp you fall into, though, you're probably fascinated by the idea on some level, even if only in films and novels.

Legends, mythology and tales of haunted buildings, like Guevara Palace in Lorca with its vengeful late-night horseman, abound in Spain, and make intriguing reading. But according to local – even official – sources, a handful of historical sites in the country are genuinely believed to be a hive of restless, troubled spirits who have never yet made it to the afterlife for one reason or another, and continue to hang around in the hope that things will get better and their mission will be fulfilled.

How credible the tales are is another matter – if you believe them, secretly or openly, it's worth heading to these haunted hotspots to see if the phantoms frozen in time reveal themselves to you; if you're absolutely certain it's all rubbish, then you should still plan a trip, just so you can find out more about the folk tales. After all, nobody ever looks for scientific evidence when studying Norse or Greek or Roman mythology, for example; they're just interesting subjects, whether or not you believe in them.

This land-locked southern town has long been shrouded in mystery, and has an eerie, other-worldly feel about it the moment you walk into it – in general, that is; not just because of the weird tale about the so-called Caras de Bélmez, or 'Bélmez Faces'. 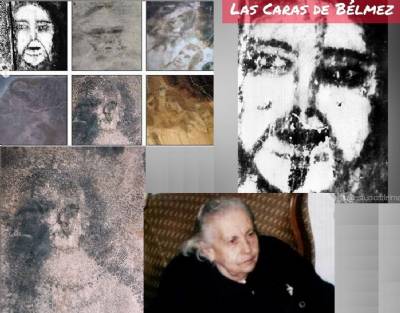 Back in the 1970s, images appeared on the floor of a house in the town which looked like human faces – and no amount of investigation has ever been able to show they were a hoax.

In fact, this Andalucía answer to crop circles (these were, it turned out, a huge practical joke) even has its own information centre where you can find out more.

According to the Instagram site 'Studies of What Lies Beyond', or Estudios del Más Allá (@estudiosdelmasalla), this 'paranormal phenomenon' first appeared in 1971 in a house belonging to a woman named María Gómez Cámara, and continued to pop up in the years that followed.

Created with pigment, or dye, which soaked into the floor, they appeared to be faces, skulls and 'other body parts', Estudios del Más Allá says.

In the second picture, a collage of six of the images, a close-up of two of them, and the homeowner María Gómez Cámara (bottom right), are all from the above-mentioned Instagram page. 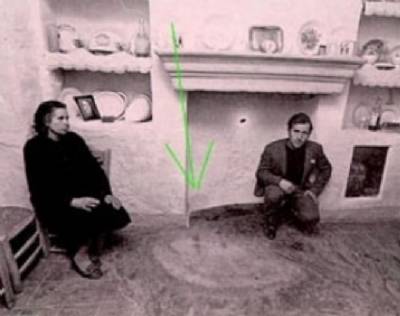 The third photograph, which was published in the media at around the same time, with the headline, “The Bélmez Faces are no fraud,” shows María Gómez in her house at number 5 of the C/ Rodríguez Acosta, with the green arrow pointing to where the first of the faces appeared 'when she was frying peppers'.

It was uploaded onto Instagram by @alma.milenaria, who recounts that the people of Bélmez were in no doubt the images were not María's own handiwork in a attempt to create intrigue, since her family was 'respectable and of good reputation'.

María reportedly believed there was 'something spiritual' about the faces – and, spookier still, after she died, the pictures began to fade almost to nothing.

Abandoned villages are always good for a spooky conspiracy. And in the case of this central-Aragón town, it seems very logical that any wraiths hovering about would feel they have unfinished business on this plane – Belchite was the site of the very famous and very bloodthirsty Civil War battle of the same name in 1937, and was left completely in ruins after the bombardment with hundreds of deaths.

Belchite was rebuilt in its entirety as a result, but the crumbling, blackened remnants of what used to be the town remain; albeit, naturally, uninhabited.

Many members of the public have reported – with considerable conviction – having seen ghosts of the original inhabitants killed in the Battle of Belchite, wandering aimlessly round the ruins of what used to be their homes. 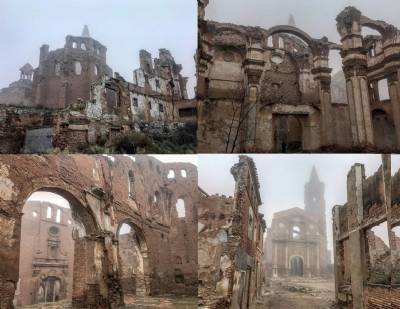 Visitors can take guided tours through 'old Belchite', and for those who love a gothic tale and a bit of Hallowe'en spirit, group trips are even organised after dark.

It's hard to believe, when exploring the tragic traces of those far-reaching three years that remain a scar on the face of Spain's history, that they are as recent as 1937. The bomb-wreckage is actually stunningly attractive, and has the look of an ancient Roman or Greek city which dazzled with power, splendour and wealth in its day.

'Old Belchite' leaves the visitor with a combination of discomfort, wonder, pathos, and deep, grey, heavy sadness: Every emotion clashes and entangles itself with all the others to the point that it becomes impossible to make sense of how you feel about it. How could a complex so beautiful actually be the result of desolation and death? How could such infinite human tragedy create what seems to be a work of art?

If the spirits really are out there, we hope they one day find their way home and gain closure.

The pictures shown here of 'old Belchite' as it is now were taken by Manu Brea on Instagram (@manu_brea).

Also known as the Ezcaba Fort, on the mountain of the same name, this ancient bastion was redeployed during the Civil War for one of the worst purposes possible: As a military prison for dissenters of dictator General Franco's régime. 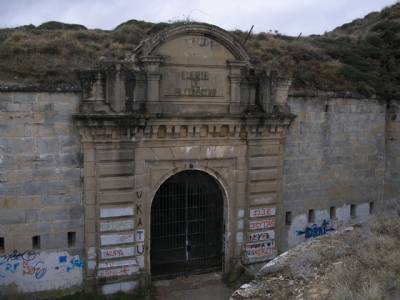 Indeed, many 'pop-up prisons' in the time of the conflict were in historical heritage sites that are now visitor attractions for their own sake – one of the most famous was Montjuïc Castle, in Barcelona.

At San Cristóbal, hundreds of captured soldiers fled en masse – and although dozens survived the well-documented prison break, around 300 died, either in captivity, or during their flight when they were caught and executed.

Visitors to the area swear they have seen the ghosts of unsettled prisoners who met their end either between the impenetrable, solid stone walls of the fortress or in their attempt to get away, still floating around with no hope of a peaceful crossing over, despite various governments' attempts in more recent years to offer atonement, reparation and recognition, including building a war memorial for them on the top of the hill.

At the moment, the Fort is closed to the public, but those who are equally keen on hiking as on history can opt to tread the path of those who got away, or nearly got away: A trekking route known as La Fuga del Fuerte de San Cristóbal ('The San Cristóbal Fort Great Escape'), through the hills, around 53 kilometres long and in four stages, is popular with tourists and locals.

During the route, you can see several makeshift, unceremonious graves dotted along the path where some of the prisoners captured mid-flight and shot were buried.

The main entrance to the fortress is shown in the fifth photograph, and the tunnel into the bowels of the wartime jail is in the first photograph (both by Jorab on Wikimedia Commons).