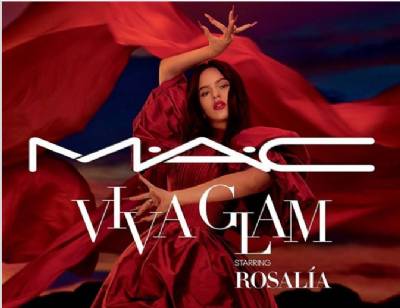 SPAIN'S most international pop sensation of the moment has launched her own lipstick via cosmetics giant M.A.C., of which 100% of the profits go to charity.

Rosalía – the first Spanish woman in history to win an MTV Award, language tutor to Alicia Keys and British comedian James Corden's most-wanted celebrity on his The Late Late Show – is only 26, but has already conquered the music world on at least two continents.

Her second album, and her first commercial success, El Mal Querer, was in fact her final-year project for her degree in Flamenco Studies at the Catalunya High School of Music, and the first release from it, Malamente, shot straight to number one in the Spanish charts and netted five Latin Grammy nominations.

Rosalía's style has been described as a hybrid of flamenco and hip-hop, and at present, she is probably the best-known active Spanish chart artist on the planet, including across the Anglo-Saxon world.

Already with her fingers in several pies – in November 2018, she launched her own fashion collection in Inditex's cut-price urbanwear chain Pull&Bear, and she is currently the cover girl for the summer 2020 edition of Elle USA – the singer from San Esteban de Sasroviras (Barcelona province) has now become the face of M.A.C. cosmetics' annual charity campaign, VIVA GLAM.

The first of these campaigns was launched in the very year Rosalía was born, 1994, and previous ambassadors for it have included Elton John, Ricky Martín, Miley Cyrus, Sia, Mary J. Blige and Winnie Harlow, among others.

“It's an honour to be the face of VIVA GLAM26 and to champion a cause which is inclusive, supports individuality and donates 100%,” said Rosalía.

VIVA GLAM has donated over half a billion US dollars (about €420 million) worldwide since 1994, and supports a different cause, or combination of causes, every year.

“Beauty can be expressed and conceived in many ways. Beauty is being connected to who you really are, and to your true path in life. There's nothing more attractive and inspiring for me than this,” Rosalía said of the campaign. 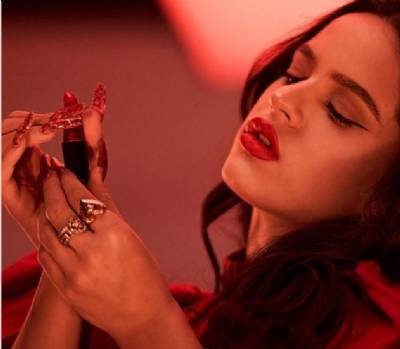 Artistic director for M.A.C. Europe, Middle East, Africa, India and Russia, Baltasar González Pinel, says Rosalía's lipstick is a 'vibrant and saturated red, matte, and reflects her personality and her art', an 'contains the charisma, energy and strength' of the Spanish singer.

“Taking its roots from flamenco, Rosalía's art mixes genres and emotions: It takes risks, it's full of generosity and it's pure brilliance,” González Pinel says.

“We chose Rosalía because she's a dynamic feminist who inspires self-expression and represents creativity and individuality.”

M.A.C.'s 2020 corporate charity campaign will dedicate millions of dollars to over 250 organisations around the globe on the front line of the pandemic who are working for communities badly affected by the SARS-CoV-2 virus.

Its VIVA GLAM campaign fronted by Rosalía will raise money for three main causes – HIV and AIDS, in particular in the third world where women and girls are the most affected and most vulnerable; for the transsexual and intersexual community; and for the lesbian, gay and bisexual community.

In the case of the latter two, some of the most pressing funding needs include legal advice and support for refugees seeking asylum after fleeing home countries where their 'conditions' can mean imprisonment, persecution or even the death penalty, especially where the nations they head to in order to find safety are not socially sympathetic to these issues and where they face a high risk of being sent back to where they came from, with all the dangers this implies.